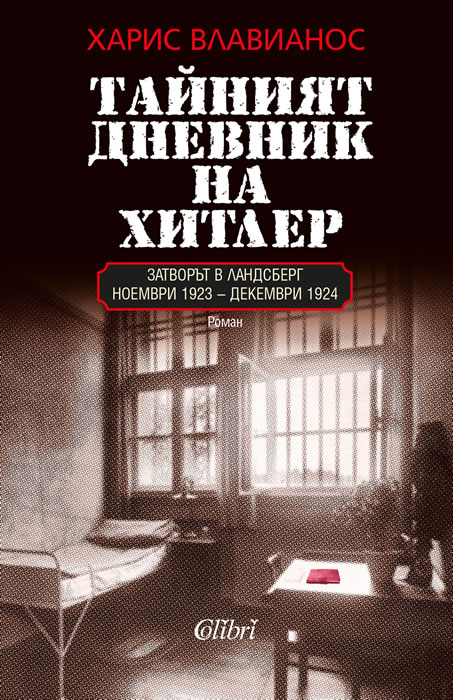 How did an insignificant man of humble origins, miseducated and banal, with petty ideological obsessions manage to seduce the German people, interpellate them with his thoughtless rhetoric and lead a country and almost the entire world to a path of annihilation? How did a single man without qualities become the absolute personification of evil?

A historian, poet and literary critic, Haris Vlavianos has always been haunted by these questions in view of the “phenomenon of Hitler.” In this account that the author calls a fictional document, Vlavianos draws on a rich archive of historical and literary sources to emplot Hitler’s voice in a diary form. Mixing the diary genre with history and autobiography, Vlavianos vivifies an imaginary representation of Hitler, this deft and at the same time banal man of power who nevertheless managed to become its body and symbol thus materializing the nightmare of biopolitics in the twentieth century.

The reader might wonder why there is a need to return to this man, a figure of seduction and abomination, whose name invokes evil in its most absolute banality, to use Hannah Arendt’s memorable phrase. The present attests to the rise of a new age of barbarism all over the world: nationalism is being revived, racism is spreading, and the manipulation of the masses is a growing phenomenon aided and abetted in all kinds of ways. Hence, rethinking Hitler and nazism in light of these events is not only a necessary but also a politically, historically and philosophically timely project.

he aim of this book is not to reduce a historical age in all of its complexities to the persona of Hitler, nor to punctuate the role that the individual plays in the development of historical events. The main intellectual and literary pursuit of this book is to symptomatically reveal the trajectory of an intellectually banal and emotionally crippled former corporal who invested in his voracious egomania and unquenched appetite for power and managed to leave his indelible bloodied mark in the previous century. It thus tries to demystify and explain the seduction of thoughtlessness and banality in the present still haunted by the rhetoric and discourses of fascism, racism and nationalism.

Haris Vlavianos was born in Rome in 1957. He studied Economics and Philosophy at the University of Bristol (B.Sc) and Politics, History and International Relations (M.Phil, D.Phil) at the University of Oxford (Trinity College). His doctoral thesis entitled, Greece 1941-1949: From Resistance to Civil War, was published by Macmillan (1992) and was awarded the “Fafalios Foundation” Prize.

His autobiographical novel, Blood into Water: A Novel in Forty Five acts, was published three years ago to great critical acclaim and was reviewed in the Times Literary Supplement. It has been already translated into English (by Jacob Moe) and German (by Torsten Israel). His latest book, Hitler’s Secret Diary: Landsberg Prison November 1923 – December 1924, was published last year and has reviewed extensively and enthusiastically in the press and literary journals. It is a study of Hitler’s personality and the circumstances surrounding his imprisonment after the failed “Beer Hall Putsch” and the writing of Mein Kampf.

He is Professor of History and Politics at the American College of Greece. He has published numerous articles relating to issues of Modern Greek History and Culture [the “Metaxas Dictatorship”, the “Greek Resistance”, the “Fall of the Junta”, “Modern and Postmodern Currents in Greek Culture”]. He has also been teaching a Creative Writing Program for the last 15 years. He is a regular columnist for the newspaper “Vima”. For his contribution in promoting Italian literature and culture in Greece, the President of the Italian Republic bestowed upon him in February 2005 the title of “Cavaliere”, while the Dante Society of Italy awarded him the “Dante Prize” for his publications on the Divine Comedy.