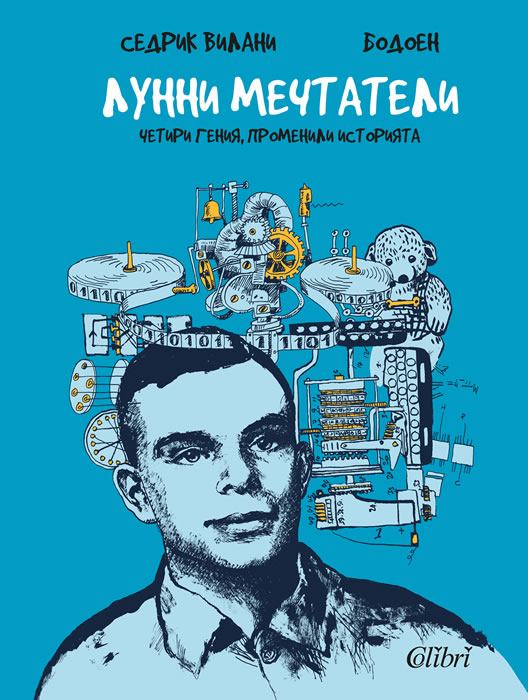 Four geniuses that changed the history:

Werner Heisenberg, the unsure of himself.

Physicists, a mathematician and a military man - they were important and secret participants in an adventure beyond their capabilities: World War II. One day, one night, walking or dreaming beneath the moon rays, they have received enlightenment, which changed the world.

The Mathematician Cédric Villani and the artist Baudoin crossed their feathers to tell these amazing stories in a poetic and fascinating work.

Cédric Villani is a French mathematician who has received many international awards for his work including the Jacques Herbrand Prize, the Prize of the European Mathematical Society, the Fermat Prize and the Henri Poincaré Prize.

In 2010 he was awarded the Fields Medal, the International Medal for Outstanding Discoveries in Mathematics, for his work on Landau damping and the Boltzmann equation. Often called ‘the mathematicians’ Nobel Prize’, it is awarded every four years and is viewed by some as the highest honour a mathematician can achieve.

He is a professor at Lyon University and Director of the Institut Henri Poincaré in Paris, working primarily on partial differential equations and mathematical physics.