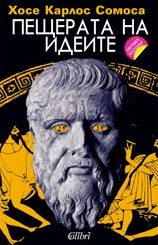 In a highly original and literary approach to crime fiction, Spanish writer Somoza's gripping book interweaves text from an ancient Greek manuscript with an account of the growing anxieties of its modern translator. In the Greek text, Heracles Pontor, Decipherer of Enigmas, is called upon to solve the grisly killings of young men at Plato's Academy of Philosophy. Athenian tutor Diagoras, a sort of Watson to Pontor's Holmes, comes to ask the sage's help after the corpse of a handsome ephebe (adolescent) is discovered. It is thought at first that he was attacked by wolves, but neither of the ancient sleuths accepts this explanation, and their investigations lead to interviews with family members, mistresses and schoolmates of a mounting number of victims. Insidiously, the translator himself becomes a murder target in the unfolding plot. As he looks for secret messages in the story (left in accordance with a Greek literary technique called eidesis), he begins to notice inexplicable allusions to himself in the text: Someone is reading the scroll right now, deciphering our thoughts and actions.... Such references become more threatening near the suspenseful buildup to the final chapter, especially when he identifies a statue of himself in the studio of a rapacious sculptor rumored to be part of a sacrificial cult terrifying the city. Somoza relies on lengthy footnotes to convey his translator's insights and growing fears, sometimes causing the modern and the ancient narratives to trip over each another, but generally moving the tale along smoothly. Underlying the text are homoerotic and pagan themes, giving an unvarnished and compelling view of Greek life in 400 B.C.

Everything is Red
Joanna Chmielewska