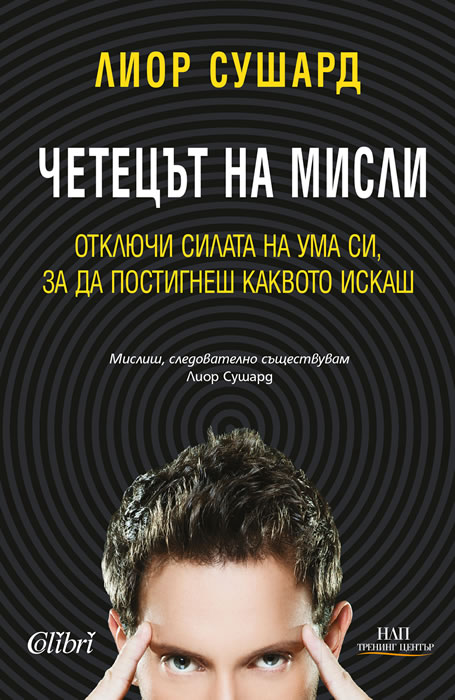 Mind Reader: Unlocking the Power of Your Mind to Get What You Want

Do you believe someone can read your mind? Lior Suchard can. He can delve into your innermost thoughts, and know what you are going to say even before you do. His outstanding performances of mind reading, thought influencing, predicting and telekinesis have earned him international acclaim as a top class supernatural entertainer and mentalist.

Suchard was born in Tel Aviv, the youngest of three sons. At seven years old, he first realized he had an extraordinary mental power. His two older brothers served as guinea pigs as he explored his abilities, and he'd ask them to think of numbers or have hide small objects in their hands and have him guess in which hand. In high school, a math teacher, aware of what Suchard could do, made a deal with him, giving him five minutes at the end of every class to demonstrate what he could do. Lior would ask him to think of a formula, which he would write down in his notebook. Then the teacher would write it on the board and it would be the same. Suchard graduated from high school and completed the mandatory three years in the Israeli army, where they made good use of his skills.

Suchard gained worldwide recognition after winning the international competition show "The Successor" to officially take over for celebrated mystifier Uri Geller. Now 27, Suchard is a world renowned supernatural entertainer and mentalist with an extraordinary talent for mind reading, thought influencing and telekinesis. He takes you on an incredible journey through the wonders of the human brain.

Lior Suchard is a supernatural entertainer and mentalist with an extraordinary talent for mind reading, thought influencing and telekinesis. He first created a storm when he was selected as the winner of highly rated international TV show The Successor to officially take over the celebrated mystifier, Uri Geller.

The Day I Learned to Live
Laurent Gounelle

If Men Could Talk: Here's What They'd Say
Alon Gratch

Coaching with NLP: How to be a Master Coach
Joseph O'Connor, Andrea Lages

The Consolation of the Angel
Frédéric Lenoir

The Cause of Children
Françoise Dolto