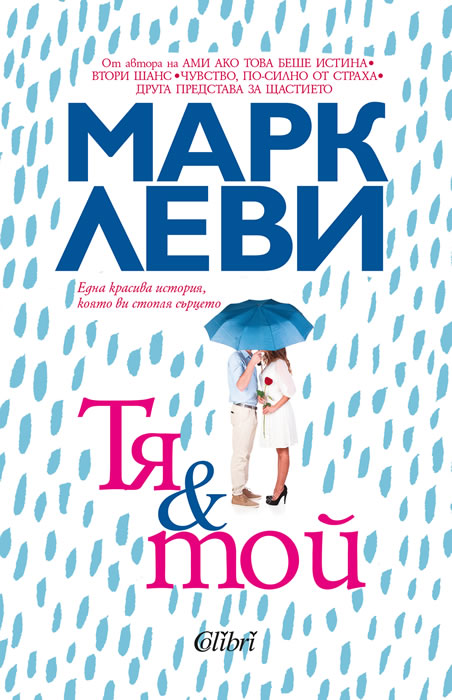 They meet through a dating website. They do not become lovers, they become friends. And they intend to be just friends ... She is an actress. He is a writer. Her name is Mia. His name is Paul. She is English. He is American. She hides in Montmartre. He lives in "Le Marais" district. She is very successful. He is not quite as successful as her. She is even a star. But he does not know it. She feels lonely. He feels lonely too. He makes her laugh. She was quite reckless in the past. So, she thinks she should not fall in love anymore. He thinks the same...

In this novel we meet the characters from "If Only It were True" once again. Marc Levy involves us in an irresistible and totally unpredictable love story. "She and He" marks the great return of the French writer to the comedy.