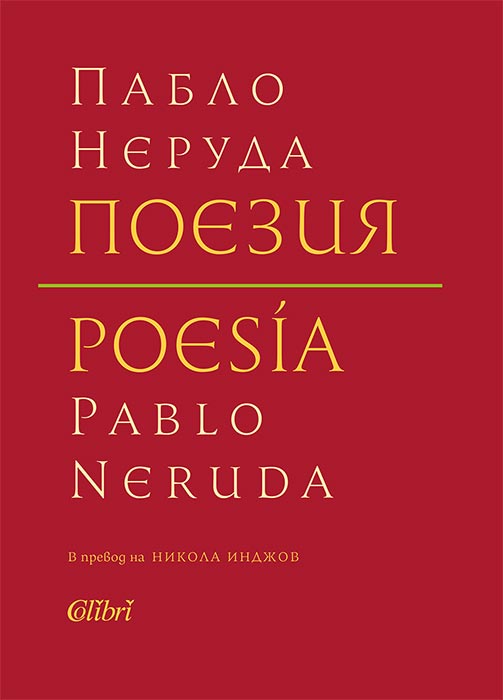 "In his work a continent awakens to consciousness." So wrote the Swedish Academy in awarding the Nobel Prize to Pablo Neruda, the author of more than thirty-five books of poetry and one of Latin America's most revered writers, lionized during his lifetime as "the people's poet."

This edition consists of some pages by Pablo Neruda, preserved in the memory and mind of the reading humanity. The great poet seems to be reborn every day, because every day someone reads his poetry for the first time and another rereads it with new eyes.

Poetry is born out of pain. Joy is an end in itself.

Pablo Neruda was the pen name and, later, legal name of the Chilean writer and politician Neftalí Ricardo Reyes Basoalto. Neruda assumed his pen name as a teenager, partly because it was in vogue, partly to hide his poetry from his father, a rigid man who wanted his son to have a "practical" occupation. Neruda's pen name was derived from Czech writer and poet Jan Neruda; Pablo is thought to be from Paul Verlaine. With his works translated into many languages, Pablo Neruda is considered one of the greatest and most influential poets of the 20th century.

Neruda was accomplished in a variety of styles ranging from erotically charged love poems like his collection Twenty Poems of Love and a Song of Despair, surrealist poems, historical epics, and overtly political manifestos. In 1971 Neruda won the Nobel Prize for Literature, a controversial award because of his political activism.

Colombian novelist Gabriel García Márquez once called him "the greatest poet of the 20th century in any language."