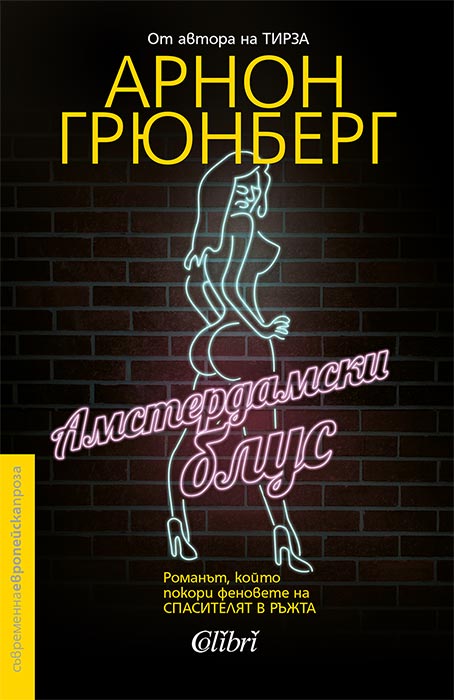 Expelled from school and estranged from his father, a cynical young man wanders the streets of Amsterdam, spending his remaining funds on prostitutes and surviving on the strength of his wit and humor.

"People are as disposable as plastic bags," muses the young protagonist of this bleak and presumably autobiographical first novel, a bestseller in the Netherlands after its 1994 publication. The narrator, who shares the author's full name, is Jewish, a young man growing up in Amsterdam. His mother and father constantly rip into each other and indulge in poisonous dinner exchanges about his severe acne problem. Arnon is fortunate to have a girlfriend with whom to roam the city streets, but his indifference-he lets her letters and phone calls go unanswered-alienates her. Arnon's life is a study in grimness. He drops out of school and takes a series of office jobs that lead him nowhere. His father winds up a hapless invalid while his mother grows shriller and shriller. Finally, in his bored loneliness, Arnon fills up his days with a parade of prostitutes from the escort services and whorehouses of Amsterdam's red-light district. On occasion, Grunberg displays a sharp black wit that relieves his novel's gray ponderousness-but not nearly often enough. (Publishers Weekly)

Arnon Yasha Yves (Arnon) Grunberg is a Dutch writer. Some of his books were written using the heteronym Marek van der Jagt. Grunberg made his literary debut in 1994 with the novel Blauwe maandagen (Blue Mondays), which won the Dutch prize for the best debut novel that year. In 2000, under the heteronym Marek van der Jagt, he won the best debut prize again for his novel De geschiedenis van mijn kaalheid (The History of My Baldness).

Grunberg publishes novels about once a year but also writes columns and essays in a wide variety of Dutch and international newspapers and magazines. He does not restrict himself only to the written media, but also reads a story for the radio every week and for some time he was host of a cultural television program. He also writes a blog for the literary Internet magazine Words Without Borders and his own site ArnonGrunberg.com.

His novel Tirza won the Dutch Golden Owl Prize for Literature and the Libris Prize. His books have been translated into many languages, including English, German, Japanese and Georgian.

From 2006 Grunberg wrote various journalistic reports, for example about working undercover in a Bavarian hotel and his visit to Guantánamo Bay. Also he visited the Dutch troops in Afghanistan and the US Army in Iraq. In 2009 these reports were collected in the book Chambermaids and Soldiers.