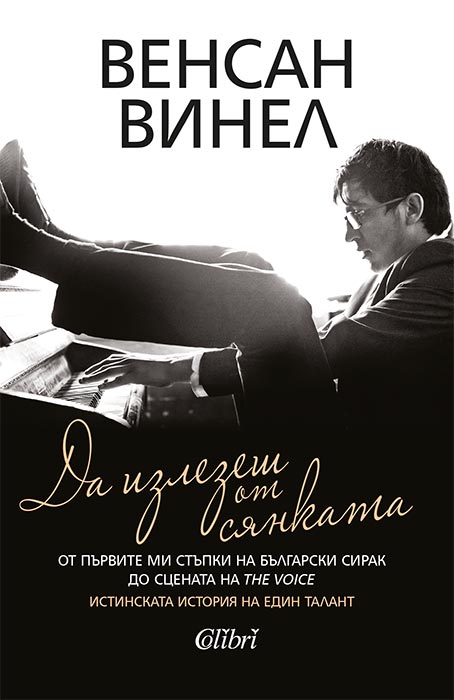 To Get Out of the Shadow

Twenty years ago, a young French family adopted a two-year-old Bulgarian child from a so-called Home for children deprived of parental care. The child was half-blind, but was endowed with ABSOLUTE HEARING and started singing long before he started speaking.

At the age of 6, Vincent Vinel plays the piano, composes songs and is capable of reproducing - singing or playing - every melody and chord.

At the age of 17, he began playing piano at the Paris stations until, three years later, he was invited to audition for The Voice - France's Best Voice. Towards the end of the competition, when he provoked a real sensation (Internet audience gave him the first place) Vincent wrote the book "To Get Out of the Shadow", in order to introduce us - sincerely, casually, with humor, to his unusual musical adventure.

Categories
CelebritiesAutobiographies
About the Author

Vincent Vinel was born in Bulgaria, but was adopted at the age of two by a French family. He is blind at birth, but he has an incredible musical talent - he started singing before he spoke. He has learned to play the piano by hearing.

For the 20-year-old Vincent, participation in The Voice of France is a chance to prove that people with disabilities can experience their boldest dreams.