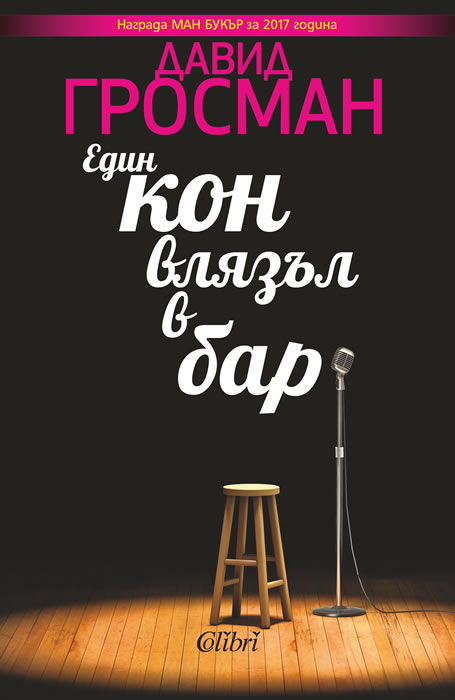 A Horse Walks Into a Bar

The award-winning and internationally acclaimed author of the To the End of the Land now gives us a searing short novel about the life of a stand-up comic, as revealed in the course of one evening's performance. In the dance between comic and audience, with barbs flying back and forth, a deeper story begins to take shape - one that will alter the lives of many of those in attendance.

In a little dive in a small Israeli city, Dov Greenstein, a comedian a bit past his prime, is doing a night of stand-up. In the audience is a district court justice, Avishai Lazar, whom Dov knew as a boy, along with a few others who remember Dov as an awkward, scrawny kid who walked on his hands to confound the neighborhood bullies. Gradually, as it teeters between hilarity and hysteria, Dov's patter becomes a kind of memoir, taking us back into the terrors of his childhood: we meet his beautiful flower of a mother, a Holocaust survivor in need of constant monitoring, and his punishing father, a striver who had little understanding of his creative son.

Finally, recalling his week at a military camp for youth - where Lazar witnessed what would become the central event of Dov's childhood - Dov describes the indescribable while Lazar wrestles with his own part in the comedian's story of loss and survival.

Continuing his investigations into how people confront life's capricious battering, and how art may blossom from it, Grossman delivers a stunning performance in this memorable one-night engagement.

Leading Israeli novelist, David Grossman (b. 1954, Jerusalem) studied philosophy and drama at the Hebrew University of Jerusalem, and later worked as an editor and broadcaster at Israel Radio.

His books have been translated into more than 30 languages, and have won numerous prizes. He addressed the Israeli-Palestinian conflict in his 2008 novel, To the End of the Land. Since that book's publication he has written a children's book, an opera for children and several poems. His 2014 book, Falling Out of Time, deals with the grief of parents in the aftermath of their children's death.

In 2017, he was awarded the Man Booker International Prize in conjunction with his frequent collaborator and translator, Jessica Cohen, for his novel A Horse Walks Into a Bar.