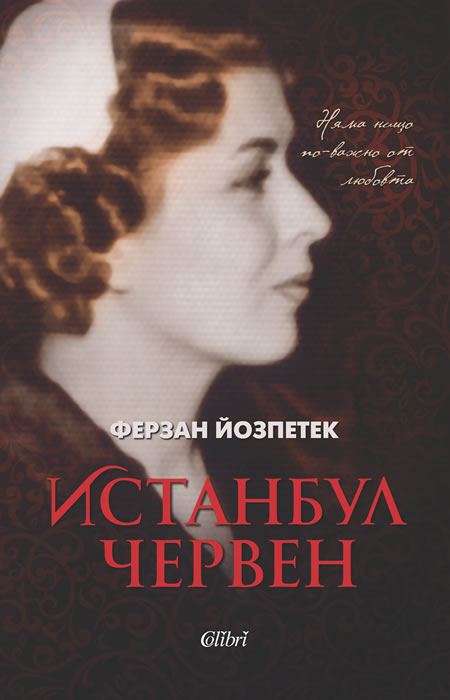 "Istanbul Red" (2013) is the literary debut of the famous Italian director of Turkish origin Ferzan Ozpetek. The book is an explanation of love for his native Istanbul, a nostalgic tale, dyed in the red of the Istanbul sunsets, the old trams, the exquisite tea cups. The red of the blood of youth and passion. Film adaptation of "Istanbul Red" is a Turkish-Italian co-production which received a great success.

Ferzan Ozpetek was born in Istanbul. He has been living in Rome since 1976. The highly successful feature he wrote and directed in 1997, STEAM: THE TURKISH BATH, was screened at the Cannes Film Festival. Following this in 1999 with HAREM SUARE and in 2001 with THE IGNORANT FAIRIES, he quickly became one of Europe’s most talked about directors and consolidated his reputation with several more features, including: FACING WINDOWS (2003), SACRED HEART (2005), SATURN IN OPPOSITION (2007), A PERFECT DAY (2008), LOOSE CANNONS (2010), A MAGNIFICENT PRESENCE (2012), and FASTEN YOUR SEATBELTS (2014).

His new film ISTANBUL RED (Rosso Istanbul) was issued on 3 March 2017. It's based on Ozpetek's book of the same name. Ozpetek's films have been shown in many countries around the world and won numerous prestigious awards. In 2008, a retrospective of his work was held at MoMa in New York.