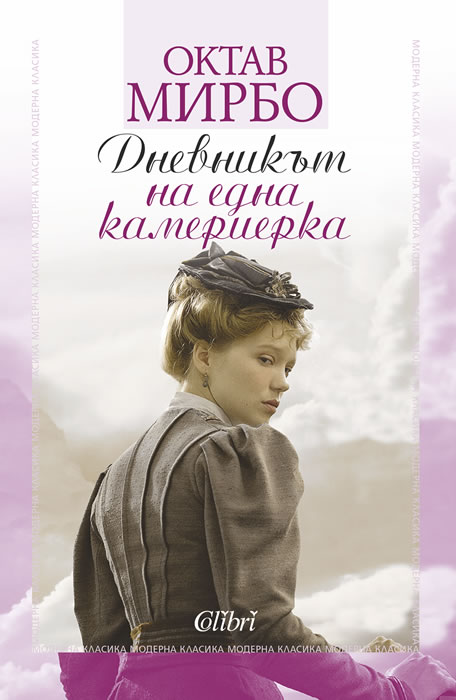 The Diary of a Chambermaid

"I am no saint; I have known many men, and I know, by experience, all the madness, all the vileness, of which they are capable. But a man like Monsiuer?" - from THE DIARY OF A CHAMBERMAID

The famous anarchist and art critic Octave Mirbeau (1848-1917) inspired not one but three films with his often forgotten classic THE DIARY OF A CHAMBERMAID. Telling the scandalous story of Celestine R., a fisherman's daughter with a taste for men, Mirbeau reveals that "when one tears away the veils and shows them naked, people's souls give off such a pungent smell of decay."

Octave Mirbeau (16 February 1848 – 16 February 1917) was a French journalist, art critic, travel writer, pamphleteer, novelist, and playwright, who achieved celebrity in Europe and great success among the readers, while still appealing to the literary and artistic avant-garde. His works has been translated into over thirty languages. Mirbeau wrote ten ghostwritten novels, including three for the Swiss writer Dora Melegari. He made his own literary debut with Le Calvaire (Calvary, 1886), in which writing allowed him to overcome the traumatic effects of his devastating liaison with the ill-reputed Judith Vinmer, renamed Juliette Roux in the novel.

Mirbeau published two novels judged to be scandalous by self-styled paragons of virtue: Le Jardin des supplices (Torture Garden (1899) and Le Journal d'une femme de chambre (The Diary of a Chambermaid) (1900), then Les Vingt et un Jours d'un neurasthénique (The twenty one days of a neurasthenic person). In these works, Mirbeau unsettled traditional novelistic conventions, practicing the technique of collage, transgressing the code of verisimilitude and fictional credibility, and defying the hypocritical rules of propriety.