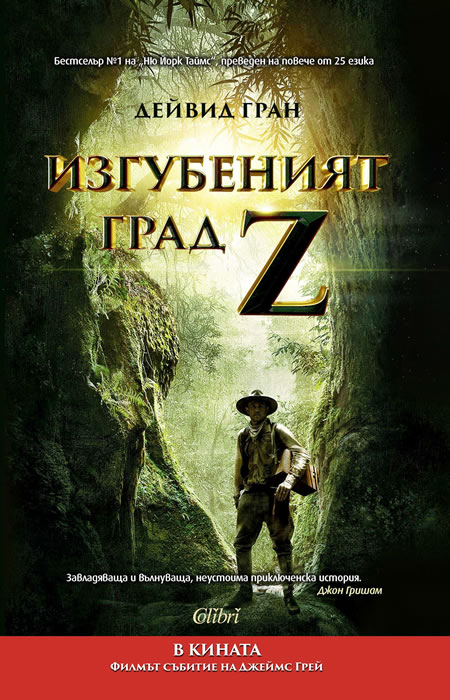 The Lost City of Z

A grand mystery reaching back centuries. A sensational disappearance that made headlines around the world. A quest for truth that leads to death, madness or disappearance for those who seek to solve it. The Lost City of Z is a blockbuster adventure narrative about what lies beneath the impenetrable jungle canopy of the Amazon.

After stumbling upon a hidden trove of diaries, New Yorker writer David Grann set out to solve "the greatest exploration mystery of the 20th century": What happened to the British explorer Percy Fawcett and his quest for the Lost City of Z?

In 1925, Fawcett ventured into the Amazon to find an ancient civilization, hoping to make one of the most important discoveries in history. For centuries Europeans believed the world's largest jungle concealed the glittering kingdom of El Dorado. Thousands had died looking for it, leaving many scientists convinced that the Amazon was truly inimical to humans. But Fawcett, whose daring expeditions inspired Conan Doyle's The Lost World, had spent years building his scientific case. Captivating the imagination of millions round the globe, Fawcett embarked with his 21-year-old son, determined to prove that this ancient civilisation - which he dubbed Z - existed. Then his expedition vanished. Fawcett's fate, and the tantalizing clues he left behind about Z, became an obsession for hundreds who followed him into the uncharted wilderness.

For decades scientists & adventurers have searched for evidence of Fawcett's party and the lost City of Z. Countless have perished, been captured by tribes or gone mad. As Grann delved ever deeper into the mystery surrounding Fawcett's quest, and the greater mystery of what lies within the Amazon, he found himself, like the generations who preceded him, being irresistibly drawn into the jungle's green hell. His quest for the truth and discoveries about Fawcett's fate and Z form the heart of this complexly enthralling narrative.

David Grann is a staff writer at The New Yorker magazine. He has written about everything from New York City’s antiquated water tunnels to the hunt for the giant squid to the presidential campaign. The Lost City of Z: A Tale of Deadly Obsession in the Amazon, published by Doubleday, is Grann’s first book and is being developed into a movie by Brad Pitt’s Plan B production company and Paramount Pictures. Grann’s stories have appeared in several anthologies, including What We Saw: The Events of September 11, 2001; The Best American Crime Writing, of both 2004 and 2005; and The Best American Sports Writing, of 2003 and 2006. A 2004 finalist for the Michael Kelly award for the “fearless pursuit and expression of truth,” Grann has also written for The New York Times Magazine, The Atlantic, the Washington Post, The Boston Globe, the Wall Street Journal, The Weekly Standard, and The New Republic. Before joining The New Yorker in 2003, Grann was a senior editor at The New Republic, and, from 1995 until 1996, the executive editor of the newspaper The Hill.