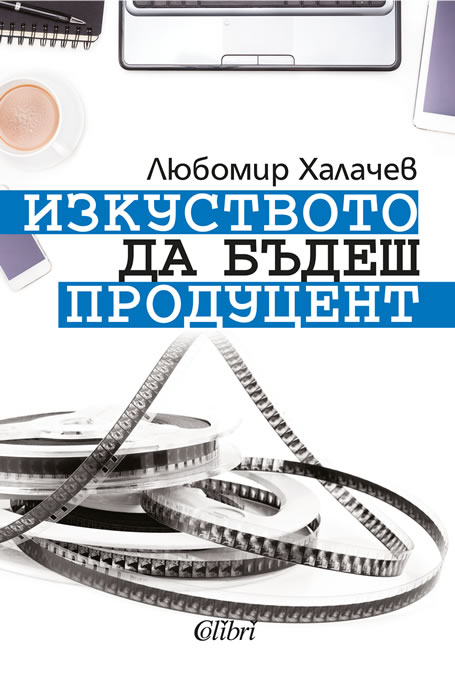 The Art of Being a Producer

This book is a journey (I would say even adventure) in the field of film production, a guide to every visual management student, an extremely enjoyable experience for people like me whose life has been strongly connected with film and television - mainly film production and distribution.

I would have called it "Spells, Awake and Asleep" because the narrative is spontaneous but at the same time extremely detailed, without bothering and stifling consciousness. This work is the first of its kind in Bulgaria. There are several books devoted to the work of the producer, but they either deal with the legal framework of the Bulgarian film industry, or are dedicated to the TV producer.

Prof. Lyubomir Halachev graduated from VGIK, Moscow in 1972. Since 1975 he has been working in "Vreme" Studios as an operator and director of documentaries and science-fiction films. In 1991, he founded Kodiak, a production company that was later renamed as Kadiak Film. He is among the founders of the Film Producers' Association. He worked as a director, producer and screenwriter of documentaries and TV drama.

He has specialized in Poland, Italy, France and Denmark. He was a guest lecturer in Singapore. He also organized seminars and workshops under various European programs; he was a member and chairman of the jury at Bulgarian and international festivals. Professor, Doctor of Art Studies. Rector of NATFA "Kr. Sarafov "(2011-2015).

He has more than 100 short films and numerous awards at Bulgarian and international festivals. He authored dozens of articles, eight books in the field of cinema and television and three collections of stories.