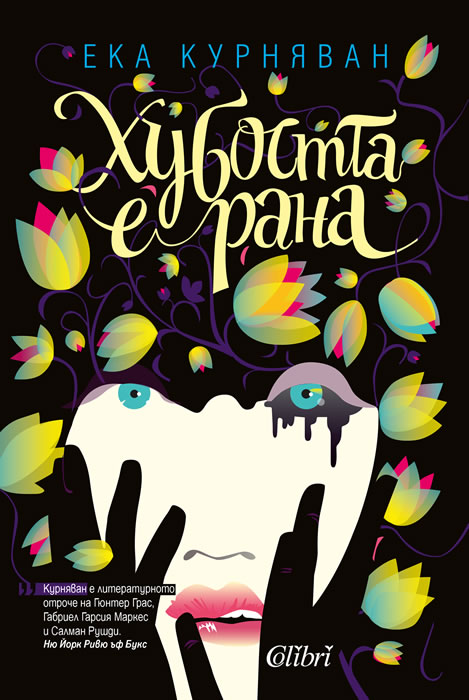 Beauty is a Wound

The epic novel Beauty Is a Wound combines history, satire, family tragedy, legend, humor, and romance in a sweeping polyphony. The beautiful Indo prostitute Dewi Ayu and her four daughters are beset by incest, murder, bestiality, rape, insanity, monstrosity, and the often vengeful undead. Kurniawan's gleefully grotesque hyperbole functions as a scathing critique of his young nation's troubled past: the rapacious offhand greed of colonialism; the chaotic struggle for independence; the 1965 mass murders of perhaps a million "Communists," followed by three decades of Suharto's despotic rule.

Beauty Is a Wound astonishes from its opening line: "One afternoon on a weekend in May, Dewi Ayu rose from her grave after being dead for twenty-one years…" Drawing on local sources - folk tales and the all-night shadow puppet plays, with their bawdy wit and epic scope - and inspired by Melville and Gogol, Kurniawan's distinctive voice brings something luscious yet astringent to contemporary literature.

Eka Kurniawan was born in Tasikmalaya in 1975 and completed his studies in the Faculty of Philosophy at Gadjah Mada University. He has been described as the “brightest meteorite” in Indonesia’s new literary firmament, the author of two remarkable novels which have brought comparisons to Salman Rushdie, Gabriel García Márquez and Mark Twain; the English translations of these novels were both published in 2015— Man Tiger by Verso Books, and Beauty is a Wound by New Directions in North America and Text Publishing in Australia. Kurniawan has also written movie scripts, a graphic novel, essays on literature and two collections of short stories. He currently resides in Jakarta.