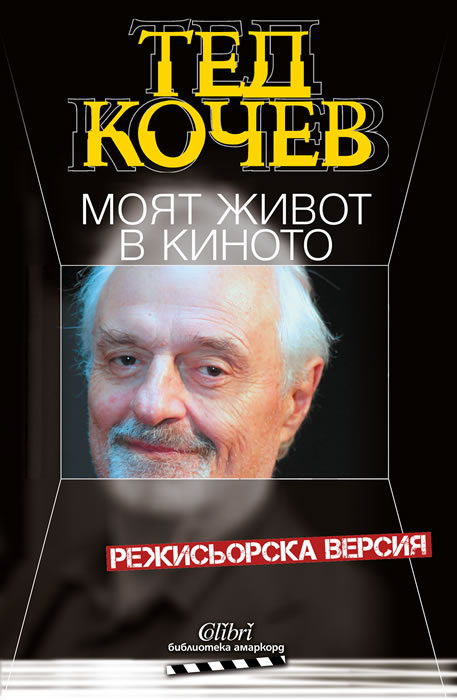 Born to immigrant parents and raised in the slums of Toronto during the Depression, Ted Kotcheff learned storytelling on the streets before taking a stagehand job at the then-new Canadian Broadcasting Corporation. Discovering his skills with actors and production, Kotcheff went on to direct some of the greatest films of the freewheeling 1970s, including The Apprenticeship of Duddy Kravitz, Wake in Fright, and North Dallas Forty. After directing the 1980s blockbusters First Blood and Weekend at Bernie’s Kotcheff helped produce the groundbreaking TV show Law & Order: Special Victims Unit. During his career, he was declared a Communist by the U.S. government, banned from the Royal Albert Hall in London, and coped with assassination threats on one of his lead actors. With his seminal films now enjoying a critical renaissance, with praise from Martin Scorsese and Nick Cave, Kotcheff now turns the lens on himself.

Witty and fearless, Director’s Cut is not just a memoir, but a close-up on life and craft, with stories of his long friendship with Mordecai Richler, working with stars like Sylvester Stallone, James Mason, Gregory Peck, Ingmar Bergman, Gene Hackman, Jane Fonda, and Richard Dreyfuss, as well as advice on how to survive the slings and arrows of Hollywood.

William Theodore Kotcheff was born in Toronto, Ontario, Canada, to Bulgarian parents from Plovdiv. He graduated with a degree in English Literature from the University of Toronto. He began his professional career directing TV drama at age 24 at the Canadian Broadcasting Corporation, at the time becoming the youngest director in the CBC. After two years there he went to live and work in England, directing in television and the theatre.

He twice won the British Emmy for Best Director, the second time for an extraordinary docudrama about a female derelict entitled, "Edna, the Inebriate Woman" episode of Play for Today (1970). The film also won the Best Actress and Best Script Award. Kotcheff's television work in Great Britain was part of the new wave of working-class actors and drama that changed British theatre and television in the late 1950s. His stage successes include the long-running Lionel Bart musical, "Maggie May." His film career started in England: Tiara Tahiti (1962), a social comedy starring James Mason and John Mills; Life at the Top (1965), starring Laurence Harvey and Jean Simmons; Two Gentlemen Sharing (1969), starring Robin Phillips, a film set in the West Indian community of London and dealing with relationships between blacks and whites which was the official British entry at the Venice Film Festival. His next film, Wake in Fright (1971), was made in Australia. It was the Australian entry in the Cannes Film Festival and many Australians still think it is the finest Australian film ever made and the beginning of the renaissance of the Australian cinema.

A Life in Movies
Irwin Winkler