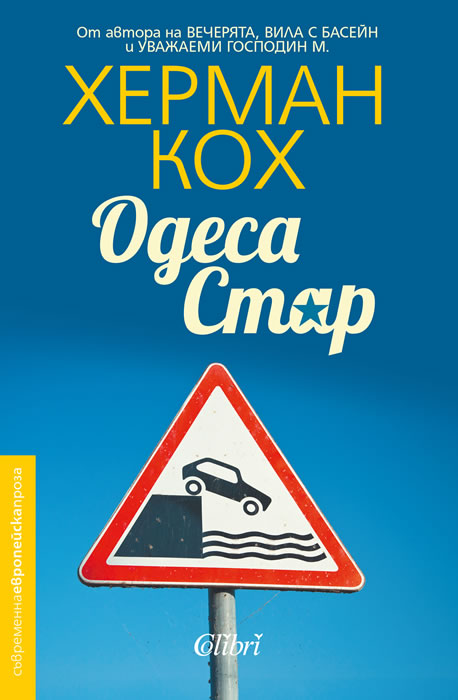 In his fourth novel, Herman Koch presents his own twisted take on a familiar plotline: the protagonist Fred Moorman, stranded in a meaningless job and a joyless marriage, is anything but a pitiful victim. He is an unscrupulous man who doesn’t think twice about calling in a harde­ned criminal to rid him of the bane of his life: an elderly lady tenant who is hogging the garden with her foul-smelling dog. He has no qualms about enlisting the services of disorganised crime to sort out his layabout brother-in-law. But crime and amateurism are often a disastrous mix.

Odessa Star, named after the city Fred regards as the pinnacle of underworld chic, features moments of riotous comedy. Koch displays perfect timing and shows himself to be a master at describing absurd trains of thought and scenes of pure slapstick.