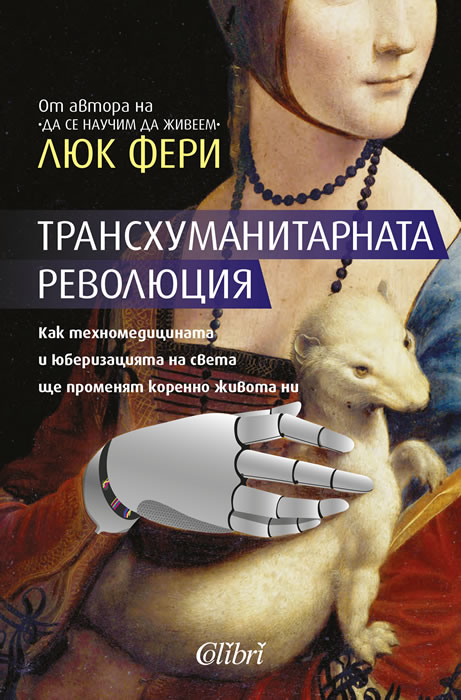 Transhumanism is a movement whose purpose is to contribute to the unlimited improvement of man's physical and intellectual abilities by all means - genetic, chemical, mechanical, informational. In its ultimate form, it popularizes the physical merger between man and future computer networks, endowed with artificial intelligence. Technomedicine is based on high technology and the broad application of genetic engineering. Its purpose is to heal the sick, but also to "improve" the healthy ones. Technomedicine is the main means of achieving transhumanitarian endeavors.

Uberification is a term that characterizes the collaborative (shared) economy. Thanks to Internet and its mobile applications, shared transport competes with traditional taxis; the practice of the shared home shifts the hotel; direct exchange between users of goods and services eliminates the broker ... Transhumanism and the collaborative economy have the same philosophical foundation - the aspiration of man to master their individual destiny.

Luc Ferry (born January 1, 1951 in Colombes, Hauts-de-Seine) is a French philosopher and a notable proponent of Secular Humanism. He is a former member of the Saint-Simon Foundation think-tank.

He received an Agrégation de philosophie (l975), a Doctorat d’Etat en science politique (1981), and an Agrégation de science politique (1982). As a Professor of political science and political philosophy, Luc Ferry taught at the Institut d'études politiques de Lyon (1982-1988) - during which time he also taught and directed graduate research at the Universite de Paris 1 (Pantheon-Sorbonne) - at the University of Caen (1989-19), and at the Paris Diderot University (since 1996).

From 2002 to 2004 he served as the Minister of Education on the cabinet led by the conservative Prime Minister Jean-Pierre Raffarin. During his tenure, he was the minister in charge of the implementation of the French law on secularity and conspicuous religious symbols in schools. He received the award of Docteur honoris causa from the Université de Sherbrooke (Canada).