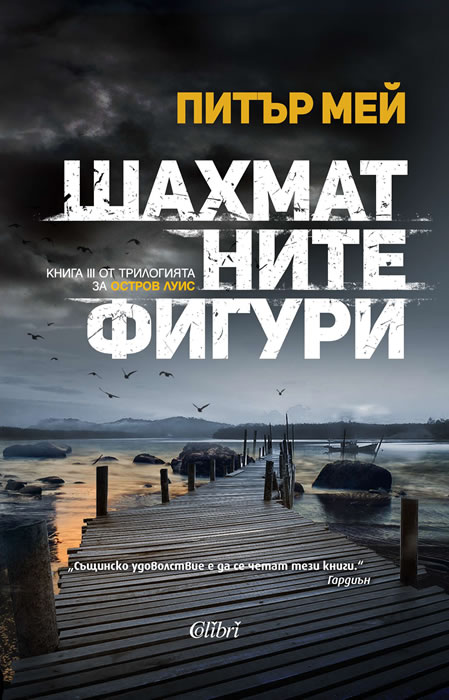 Fin Macleod, now head of security on a privately owned Lewis estate, is charged with investigating a spate of illegal game-hunting taking place on the island. This mission reunites him with Whistler Macaskill - a local poacher, Fin's teenage intimate, and possessor of a long-buried secret. But when this reunion takes a violent, sinister turn, Fin realizes that revealing the truth could destroy the future.

Peter May is the multi award-winning author of:

- the award-winning Lewis Trilogy set in the Outer Hebrides of Scotland;

He has also written several standalone books, most recently:

He has also had a successful career as a television writer, creator, and producer.

One of Scotland's most prolific television dramatists, he garnered more than 1000 credits in 15 years as scriptwriter and script editor on prime-time British television drama. He is the creator of three major television drama series and presided over two of the highest-rated serials in his homeland before quitting television to concentrate on his first love, writing novels.

Born and raised in Scotland he lives in France. After being turned down by all the major UK publishers, the first of the The Lewis Trilogy - The Blackhouse - was published in France as L'Ile des Chasseurs d'Oiseaux where it was hailed as "a masterpiece" by the French national newspaper L'Humanité. His novels have a large following in France. The trilogy has won several French literature awards, including one of the world's largest adjudicated readers awards, the Prix Cezam.

The Blackhouse was published in English by the award-winning Quercus (a relatively young publishing house which did not exist when the book was first presented to British publishers). It went on to become an international best seller, and was shortlisted for both Barry Award and Macavity Award when it was published in the USA.

The Blackhouse won the US Barry Award for Best Mystery Novel at Bouchercon in Albany NY, in 2013.