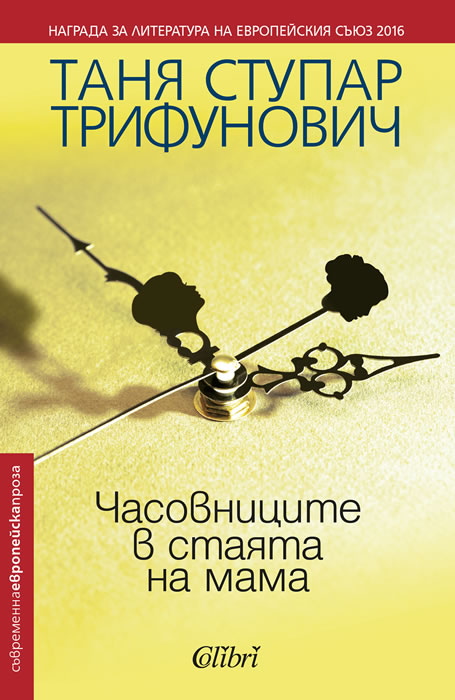 Clocks in My Mother's Room

This is a story about a mother and a daughter, and about the life of women in the former Yugoslavia: the mother is a mirror through which the heroine tries to find her past and understand herself in the modern world, by returning to the very beginning, to her idyllic childhood home on the Dalmatian coast.

The heroine/narrator identifies herself as a novelist, and her alter ego, Ana, splits the main character into two, thus opening a dual expressive space, allowing for links between different interpersonal relationships, romantic experiences and periods of time. Memories are pieced together like a mosaic and the novel becomes a choir of ancestors, previously ignored and suppressed.

This story about women in peacetime and in wars that marked the region examines the ignored role of women in great historical upheavals, which can routinely assign them the role of passive observers with no right to interfere with the ‘great’ story of war and politics.

Against the backdrop of mothers and daughters, the novel deals with refuge, homelessness and a sense of not belonging. The narrator is stuck between two states, two lives, two loves, two unfinished books: this duality tears her apart, while she wears socially acceptable masks to heal her sudden removal from her childhood comforts. Writing and literature become her only home and sanctuary, where her partitioned self can finally become one and whole.

Tanja Stupar-Trifunović was born in Zadar in 1977 and is a graduate of the University of Banja Luka. She writes poetry, columns and literary reviews. Her poetry has been translated into several languages, and she was shortlisted for the CEE Literature Award (for poetry) in 2008. Stupar-Trifunović lives in Banja Luka and works as the Editor of Putevi, a literary magazine.