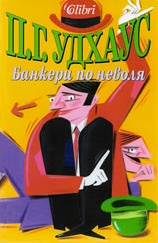 Psmith in the City

Considering what a prominent figure Mr. John Bickersdyke was to be in Mike Jackson's life, it was only appropriate that he should make a dramatic entry into it. This he did by walking behind the bowler's arm when Mike had scored ninety-eight, causing him thereby to be clean bowled by a long-hop. It was the last day of the Ilsworth cricket week, and the house team were struggling hard on a damaged wicket. During the first two matches of the week all had been well. Warm sunshine, true wickets, tea in the shade of the trees. But on the Thursday night, as the team champed their dinner contentedly after defeating the Incogniti by two wickets, a pattering of rain made itself heard upon the windows. By bed-time it had settled to a steady downpour.