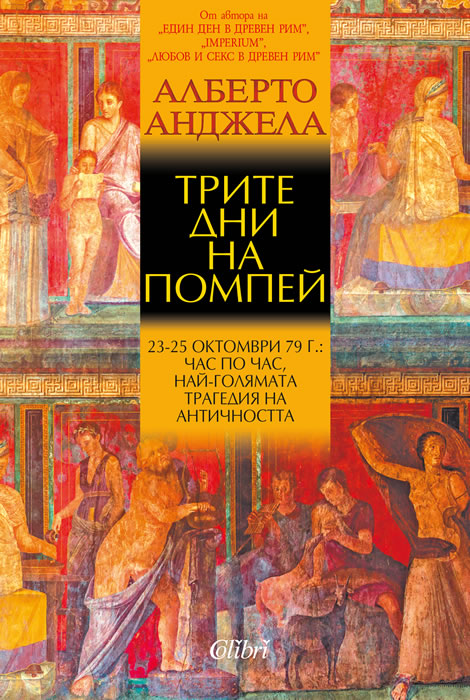 The Three Days of Pompeii

“The Three Days of Pompeii” narrates the biggest tragedy of antiquity by following the last hours of some of Pompeii’s inhabitants who really existed. Alberto Angela, the Italian paleontologist, science promoter and documentary producer, discusses the tragedy that befell this ancient city and the mysteries that were left behind after it was swallowed by a volcanic eruption. Actually, Pompeii is often portrayed incorrectly. While many people think of Pompeii as being a prosperous city before the eruption, the city had actually already been damaged by several earlier earthquakes. Additionally, Mount Vesuvius, which is often shot as a giant volcano, was actually a small one, so people living in the city most likely never anticipated that it would erupt.

Alberto Angela (born 8 April 1962 in Paris) is an Italian paleontologist and scientific popularizer.

He accompanied his father, the well-known Italian TV announcer Piero Angela, on his trips ever since he was a child, something that allowed him to learn many European languages and to appropriate a cosmopolitan culture. After being a student in France, he enrolled in a course of Natural Sciences at the University "La Sapienza" of Rome, finally graduating with 110/110 and a prize for his thesis. He studied different courses of specialization also in an American university. Once out of university he started working in the research field participating in paleoanthropologic digs in various places in the world, among which Zaire, Ishango, Tanzania, Olduvai and Laetoli, Sultanate of the Oman, Mongolia, and the desert of the Gobi. In 1988 he published an essay on the new techniques of interactivity in scientific museums, entitled Musei (e mostre) a misura d'uomo. Come comunicare attraverso gli oggetti. Together with his father he has written various books of scientific subjects: La straordinaria storia dell'uomo (Mondadori, 1989), La straordinaria storia della vita sulla Terra (Mondadori, 1992), Il Pianeta dei Dinosauri (Mondadori, 1993), Dentro al Mediterraneo (Mondadori, 1995), La straordinaria storia di una vita che nasce - 9 mesi nel ventre materno (RAI-Eri-Mondadori, 1996), Squali (Mondadori, 1997), Viaggio nel Cosmo (Mondadori, 1998).

As a journalist, he has collaborated with various daily papers and periodicals, among which La Stampa, Airone, Epoca.

On television programs, he has conceived and written together with his father Il pianeta dei dinosauri, transmitted by Rai Uno in 1993; he is one of the authors of the tv program(s): Superquark, Quark Speciale, and Viaggio nel cosmo for Rai uno. He is author of the program Passaggio a Nord Ovest, on Rai Uno. In 1998 he was commentator in the field in the Italian version of the series of documentaries "Big Cat Diary" devoted to the great African feline, entirely realized in co-production between RAI and BBC and for this program, he stayed in the reserve of Masai Mara, in Kenya. He was the conductor, together with his father, of the program Ulisse, from 2001 on Rai Tre, for which he won the Premio Flaiano for television. In 2002 he was attacked and robbed by bandits while filming a tv program, in the desert of Niger.

He is a member of the Italian institute of Human Paleontology (Rome), and of the Centro Studi e Ricerche Ligabue(Venice).