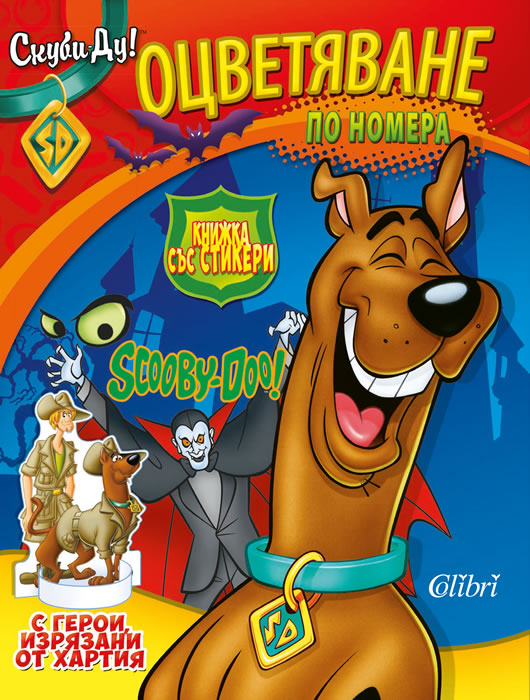 Book with Stickers. Coloring by Numbers

This time you will learn to color by numbers - it is a great fun! Here you will find fantastic stickers, magic, mysteries, ghosts, vampires and even more challenging things. The book is suitable for little children.

Following the success of the original series, Hanna-Barbera and its successor Warner Bros. Animation have produced numerous follow-up and spin-off animated series and several related works, including television specials and telefilms, a line of direct-to-video films, and two Warner Bros.–produced theatrical feature films. Some versions of Scooby-Doo feature different variations on the show's supernatural theme, and include characters such as Scooby's cousin Scooby-Dum and nephew Scrappy-Doo in addition to or instead of some of the original characters.