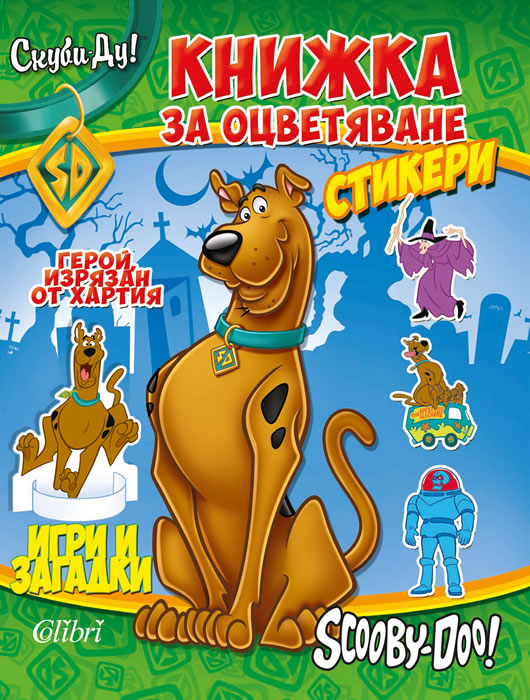 This book is full of games, puzzles and stickers that will inspire the imagination of your child :-)

Do you like to find differences? And to search the right way out of a maze?

All games and activities are related to coloring and will fascinate your cheerful kids!

Following the success of the original series, Hanna-Barbera and its successor Warner Bros. Animation have produced numerous follow-up and spin-off animated series and several related works, including television specials and telefilms, a line of direct-to-video films, and two Warner Bros.–produced theatrical feature films. Some versions of Scooby-Doo feature different variations on the show's supernatural theme, and include characters such as Scooby's cousin Scooby-Dum and nephew Scrappy-Doo in addition to or instead of some of the original characters.