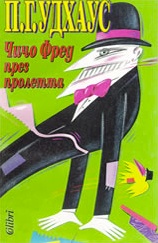 Uncle Fred in the Springtime

The Duke of Dunstable was a nobleman of proud and haughty spirit, swift to resent affronts and institute reprisals —the last person in the world, in short, from whom one could hope to withhold pigs with impunity. Yet the Earl of Emsworth, faced by the appalling prospect of losing his prize pig, the Empress of Blandings, and reckless with the courage born of desperation, defied him to do his worst and sought an ally in Frederick, fifth Earl of Ickenham. It was an axiom with Pongo Twistleton that his Uncle Frederick was one of those people who ought not to be allowed at large. When, therefore, that irresponsible, perennially youthful peer, masquerading as a famous brain specialist, not only plotted to save the Empress but craftily intervened in the tangled love-affair of Polly Pott and the poet Ricky, Pongo feared the worst. And his fears were amply justified. At the critical moment the Duke's coldly efficient secretary, the detested Baxter, aided and abetted by Lady Constance Keeble, threatened to wreck the whole gigantic scheme. Blandings Castle was shaken to its very foundations.