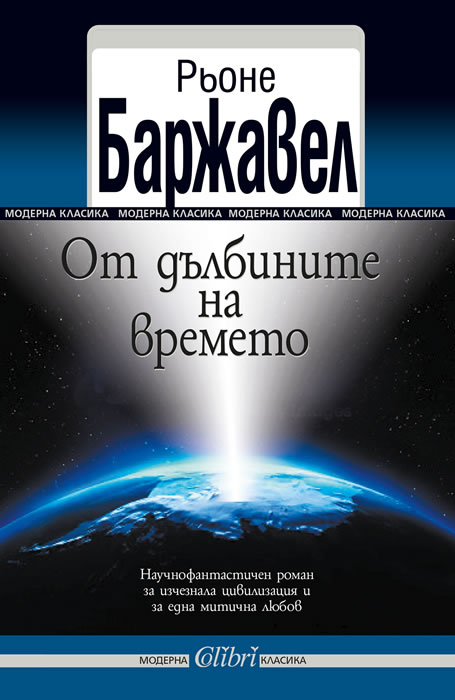 When a French expedition in Antarctica reveals ruins of a 900,000 year old civilization, scientists from all over the world flock to the site to help explore and understand. The entire planet watches via global satellite TV, mesmerized, as they uncover a chamber in which a man and a woman have been in suspended animation since, as the French title suggests, 'the night of time'. The woman, Eléa, is awakened. Through a translating machine she tells the story of her world, herself, her husband Paikan and how war destroyed her civilization. She also hints at an incredibly advanced knowledge her still-dormant companion possesses, knowledge that could give energy and food to all humans at no cost. But the superpowers of the world are not ready to let Eléa's secrets spread, and show that, 900,000 years and an apocalypse later, humankind has not grown up and is ready to make the same mistakes again.

The French writer, scriptwriter and journalist Rene Barjavel (1911-1985) is one of the most prominent representatives of sci-fi literature in the twentieth century. His works express a concern for humanity threatened by disruptive technological developments which are not always subject to reason and consistent with moral values.

"The Ice People" (1968) is his most famous novel, a classic example of science fiction, honored with the Award of booksellers, continually reprinted and translated into many languages.