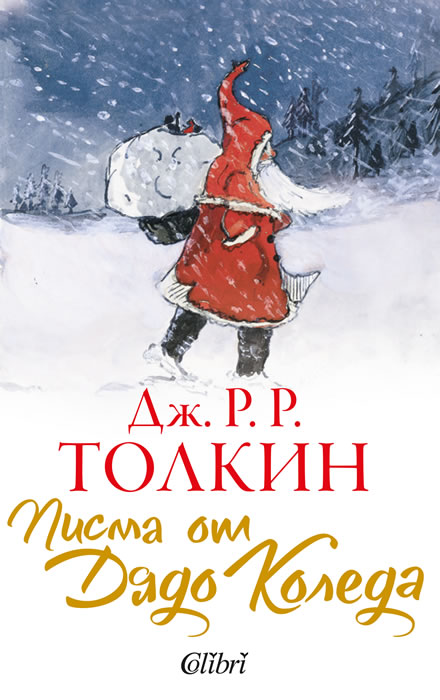 Every December an envelope bearing a stamp from the North Pole would arrive for J.R.R. Tolkien’s children. Inside would be a letter in a strange, spidery handwriting and a beautiful colored drawing or some sketches.

The letters were from Father Christmas.

They told wonderful tales of life at the North Pole: how the reindeer got loose and scattered presents everywhere; how the accident-prone North Polar Bear climbed the North Pole and fell through the roof of Father Christmas’s house; how he broke the Moon into four pieces and made the Man in it fall into the back garden; how there were wars with the troublesome horde of goblins who lived in the caves beneath the house.

Sometimes the Polar Bear would scrawl a note, and sometimes Ilbereth the Elf would write in his elegant flowing script, adding yet more life and humor to the stories.

This updated version contains a wealth of new material, including letters and pictures missing from early editions. No reader, young or old, can fail to be charmed by the inventiveness and "authenticity" of J.R.R. Tolkien's Letters from Father Christmas.

John Ronald Reuel Tolkien, CBE, was an English writer, poet, WWI veteran (a First Lieutenant in the Lancashire Fusiliers, British Army), philologist, and university professor, best known as the author of the high fantasy classic works The Hobbit and The Lord of the Rings .

Tolkien was Rawlinson and Bosworth Professor of Anglo-Saxon at Oxford from 1925 to 1945, and Merton Professor of English language and literature from 1945 to 1959. He was a close friend of C.S. Lewis.

Christopher Tolkien published a series of works based on his father's extensive notes and unpublished manuscripts, including The Silmarillion . These, together with The Hobbitand The Lord of the Rings, form a connected body of tales, poems, fictional histories, invented languages, and literary essays about an imagined world called Arda, and Middle-earth within it. Between 1951 and 1955, Tolkien applied the word "legendarium" to the larger part of these writings.

While many other authors had published works of fantasy before Tolkien, the great success of The Hobbit and The Lord of the Rings led directly to a popular resurgence of the genre. This has caused Tolkien to be popularly identified as the "father" of modern fantasy literature—or more precisely, high fantasy. Tolkien's writings have inspired many other works of fantasy and have had a lasting effect on the entire field.