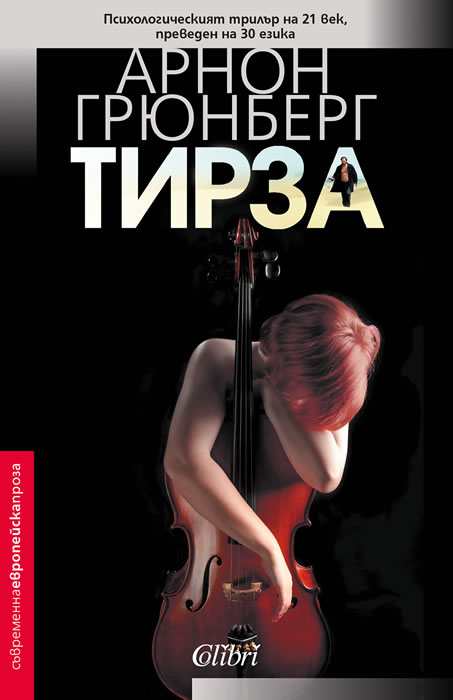 Jorgen Hofmeester once had it all: a beautiful wife, a nice house with a garden in an upperclass neighborhood in Amsterdam, a respectable job as an editor, two lovely daughters named Ibi and Tirza, and a large amount of money in a Swiss bank account. But during the preparations for Tirza's graduation party, we come to know what he has lost. His wife has left him; Ibi is starting a bed and breakfast in France, an idea which he opposed; the director of the publishing house has fired him; and his savings accounts have vanished in the wake of 9/11.

But Hoffmeester still has Tirza, until she introduces him to her new boyfriend, Choukri - who bears a disturbing resemblance to Mohammed Atta - and they announce their plans to spend several months in Africa. A heartrending and masterful story of a man seeking redemption, Tirza marks a high point in Grunberg's still-developing oeuvre.

Arnon Yasha Yves (Arnon) Grunberg is a Dutch writer. Some of his books were written using the heteronym Marek van der Jagt. Grunberg made his literary debut in 1994 with the novel Blauwe maandagen (Blue Mondays), which won the Dutch prize for the best debut novel that year. In 2000, under the heteronym Marek van der Jagt, he won the best debut prize again for his novel De geschiedenis van mijn kaalheid (The History of My Baldness).

Grunberg publishes novels about once a year but also writes columns and essays in a wide variety of Dutch and international newspapers and magazines. He does not restrict himself only to the written media, but also reads a story for the radio every week and for some time he was host of a cultural television program. He also writes a blog for the literary Internet magazine Words Without Borders and his own site ArnonGrunberg.com.

His novel Tirza won the Dutch Golden Owl Prize for Literature and the Libris Prize. His books have been translated into many languages, including English, German, Japanese and Georgian.

From 2006 Grunberg wrote various journalistic reports, for example about working undercover in a Bavarian hotel and his visit to Guantánamo Bay. Also he visited the Dutch troops in Afghanistan and the US Army in Iraq. In 2009 these reports were collected in the book Chambermaids and Soldiers.