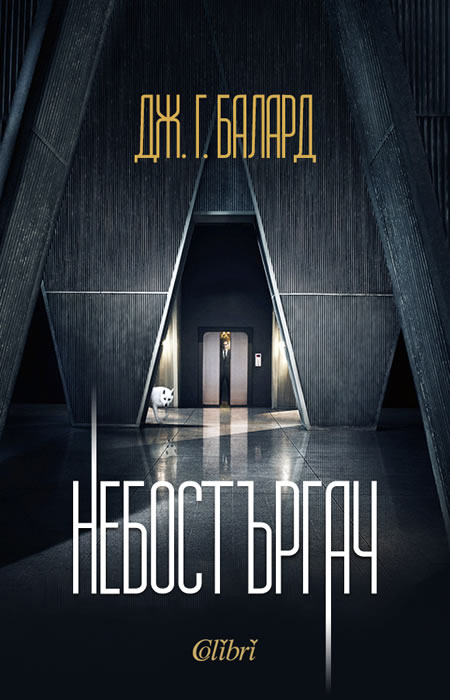 When a class war erupts inside a luxurious apartment block, modern elevators become violent battlegrounds and cocktail parties degenerate into marauding attacks on "enemy" floors. In this visionary tale, human society slips into violent reverse as once-peaceful residents, driven by primal urges, re-create a world ruled by the laws of the jungle.

Harsh and ingenious! High Rise is an intense and vivid bestiary, which lingers unsettlingly in the mind. (Martin Amis, New Statesman)

James Graham Ballard (15 November 1930 – 19 April 2009) was an English novelist, short story writer, and essayist. He came to be associated with the New Wave of science fiction early in his career with apocalyptic (or post-apocalyptic) novels such asThe Wind from Nowhere (1961) and The Drowned World (1962). In the late 1960s, Ballard produced a variety of experimental short stories (or "condensed novels"), such as those collected in the controversial The Atrocity Exhibition (1970), which drew comparisons with the work of postmodernist writers such as William S. Burroughs. In the mid 1970s, he published several novels, among them the highly controversial Crash (1973), a story about symphorophilia and car crash fetishism, and High-Rise (1975), a depiction of a luxury apartment building's descent into violent chaos.

While much of Ballard's fiction is thematically and stylistically provocative, he is perhaps best known for his relatively conventional war novel, Empire of the Sun (1984), a semi-autobiographical account of a young British boy's experiences in Shanghai duringJapanese occupation. Described by The Guardian as "the best British novel about the Second World War", the story was adapted into a 1987 film by Steven Spielberg starring Christian Bale. In the following decades until his death in 2009, Ballard's work shifted toward the form of the traditional crime novel, while several of his earlier works were made into films, including David Cronenberg's controversial 1996 adaptation of Crash and later Ben Wheatley's 2015 adaptation of High-Rise.