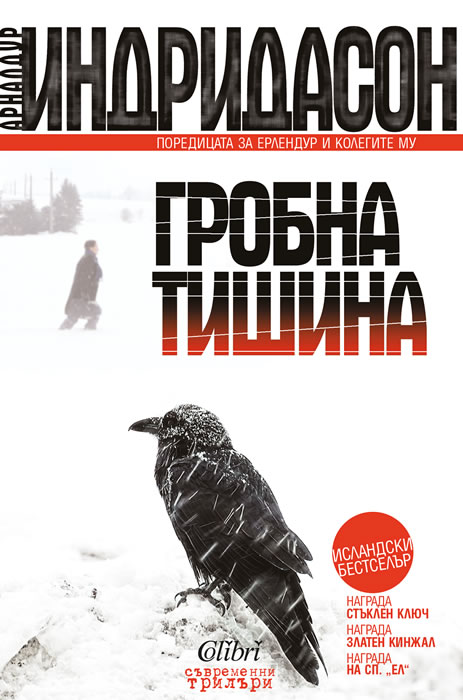 Silence of the Grave

Inspector Erlendur returns in this gripping Icelandic thriller When a skeleton is discovered half-buried in a construction site outside of Reykjavík, Inspector Erlendur finds himself knee-deep in both a crime scene and an archeological dig. Bone by bone, the body is unearthed, and the brutalizing history of a family who lived near the building site comes to light along with it. Was the skeleton a man or a woman, a victim or a killer, and is this a simple case of murder or a long-concealed act of justice? As Erlendur tries to crack this cold case, he must also save his drug-addicted daughter from self destruction and somehow glue his hopelessly fractured family back together.

Arnaldur was born in Reykjavík on 28 January 1961, the son of writer Indriði G. Þorsteinsson. He graduated with a degree in history from the University of Iceland in 1996. He worked as a journalist for the newspaper Morgunblaðið from 1981 to 1982, and later as a freelance writer. From 1986 to 2001, he was a film critic for Morgunblaðið.

His first book, Synir duftsins (Sons of Dust) came out in 1997, the first in the series with Detective Erlendur. Arnaldur is considered one of the most popular writers in Iceland in recent years — topping bestseller lists time and again. In 2004, his books were 7 of the 10 most popular titles borrowed in Reykjavík City Library. In 2006, his Erlendur novel Mýrin was made into a film, known internationally as Jar City, by Icelandic director Baltasar Kormákur.

Arnaldur's books have been published in 26 countries and translated into at least 20 languages.