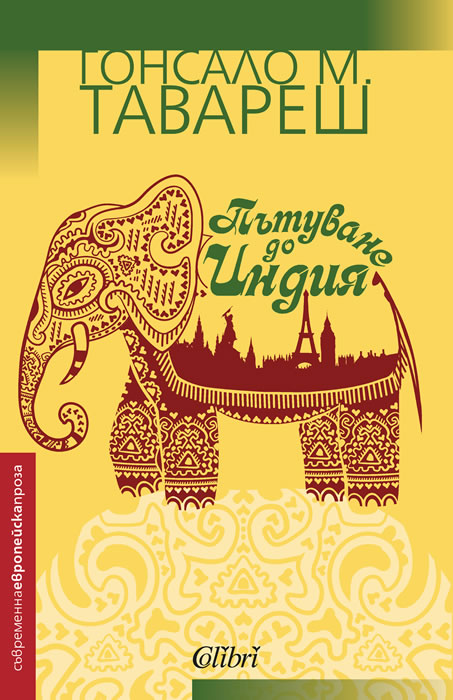 A Voyage to India

"A Voyage to India" is a mental journey as well as a physical one. Written in easily accessible language, which stands in stark contrast to its epic form inspired by The Lusiads, "A Voyage to India" relates the experiences Bloom has on his way to India and back. The greatest gift of the young Portuguese novelist Gonçalo M. Tavares is his ability, as a writer, to reduce the world to fragments and reconstruct it again as if it were his own creation. Each of his books (or set of books) is a kaleidoscope that rearranges reality for us better to observe it, making links explicit and obviating what is superfluous.

Gonçalo M. Tavares burst onto the Portuguese literary scene armed with an utterly original imagination that broke through all the traditional imaginative boundaries. This, combined with a language entirely his own, mingling bold invention and a mastery of the colloquial, means that it would be no exaggeration to say - with no disrespect to the young Portuguese novelists writing today - that there is very much a before Gonçalo M. Tavares and an after.

Tavares is one of the most ambitious writers of this century. His new book is a memorable epiphany.

Above all, this book shows the author’s extreme inventiveness and his spirit that defies categorisation: imaginative, audacious, funny, ambitious, logical and crazy. If you haven’t yet discovered the universe of Gonçalo M. Tavares, it’s high time you did.

Gonçalo M. Tavares was born in Luanda in 1970 and teaches Theory of Science in Lisbon. Tavares has surprised his readers with the variety of books he has published since 2001. His work is being published in over 30 countries and it has been awarded an impressive amount of national and international literary prizes in a very short time. In 2005 he won the José Saramago Prize for young writers under 35. Jerusalém was also awarded the Prêmio Portugal Telecom de Literatura em Língua Portuguesa 2007 and the LER/Millenium Prize. His novel Aprender a rezar na Era de Técnica has received the prestigious Prize of the Best Foreign Book 2010 in France. This award has so far been given to authors like Salmon Rushdie, Elias Canetti, Robert Musil, Orhan Pamuk, John Updike, Philip Roth, Gabriel García Márquez and Colm Tóibín. Aprender a rezar na Era da Técnica was also shortlisted for the renowned French literary awards Femina Étranger Prize and Médicis Prize and won the Special Price of the Jury of the Grand Prix Littéraire du Web Cultura 2010. In 2011, Tavares received the renowned Grande Prêmio da Associação Portuguesa de Escritores, as well as the prestigious Prémio Literário Fernando Namora 2011. The author was also nominated for the renowned Dutch Europese Literatuurprijs 2013 and was on the Longlist of the Best Translated Book Award Fiction 2013.