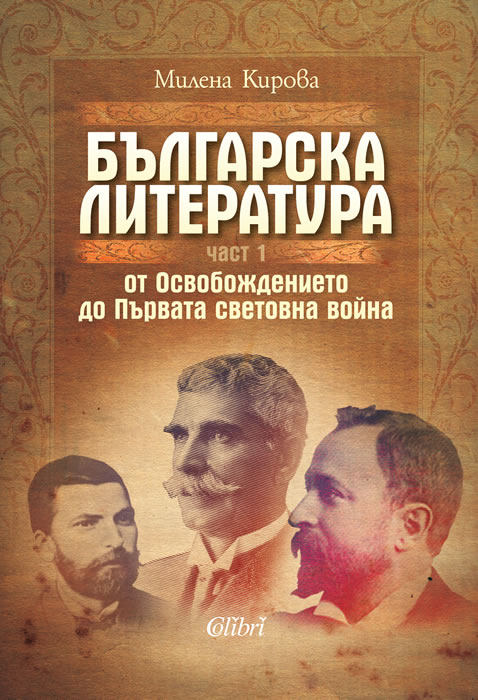 Bulgarian Literature from Liberation to the World War I

"Bulgarian Literature from the Liberation to the World War I" is a book that grew out of lectures of prof. Milena Kirova at Sofia University. Its content is based on the program of Bulgarian Philology students and is tailored to their needs and cognitive abilities. At the same time, this is a book that can introduce a wide range of readers to the history and problems of Bulgarian literature. It uses a large amount of factual information, represents not only the classical authors and works, but also less well-known, even forgotten authors. All observations and analyzes are based on specific historical processes.
Part 1 covers (as far as it is possible to put some limit) between the Liberation and the first years of the 20th century, or until the early modernism. Such authors as Zahari Stoyanov, Ivan Vazov and Aleko Konstantinov are presented.
Categories
Non-FictionHumanitiesLearning AidsLearning Aids - Bulgarian
About the Author

Prof. Milena Kirova (1958) teaches Bulgarian literature from the Liberation to World War I and anthropology of the biblical world at Sofia University "St. Kliment Ohridski ". Head of the Department of Bulgarian literature from 2003 to 2011 and from 2015 onwards. She is the author of fifteen books, including the monographs "The Dream of Medusa. Toward a psychoanalysis of Bulgarian literature"(1995), "Yordan Yovkov. Myths and mythology"(2001), "The problematic realism"(2002) and "Biblical woman. Mechanisms of design and policies of depiction in the Old Testament"(2005), "The literary canon. Challenges"(2009).