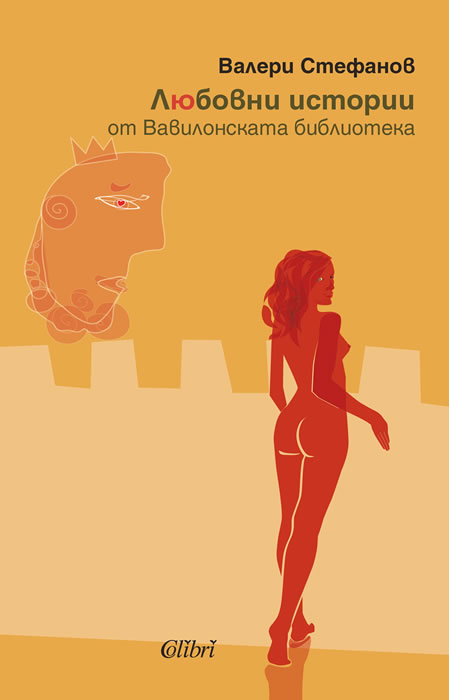 Love Stories from the Library of Babel

Some libraries burn, the Library of Babel - never!
The Library of Babel is the limitless world of books and dialogues between them. Somewhere in this library is also the biblical story of David and Bathsheba. King David liked Bathsheba and seduced her. Then he murdered her husband Uriah, and took her as his wife. From this "sinful" marriage the wise King Solomon was born - the brilliance of the ancient Jewish esoteric grandeur and its depth.
The book "Love Stories from the Library of Babel" recreates six variations of the famous Bible story. Exercises in style, but rather exercises in sense. Investigation of passion and betrayal, fidelity, love and death...
Biblical love drama is told through specific stylistic and artistic worlds of six great writers of the twentieth century - Jaroslav Hašek, Franz Kafka, Andrei Platonov, Jorge Luis Borges, Jerome D. Salinger and Robert M. Pirsig.
The story is the same.
But the stories about it and lessons learned are always different.
So people continue to write.
Categories
Contemporary FictionContemporary Bulgarian Fiction
About the Author

Valeri Stefanov is professor of history of Bulgarian literature at Sofia University "St. Kliment Ohridski ". Doctor of philological sciences. Author of fifteen literary books. In 2004 he released his first novel - "Lost Donkeys." Winner of "Southern Spring" award for his first critical book, prize of the Association of Bulgarian writers for his critical book "The Work of Art - Place in the World", Sofia Award for his novel "Somebody from Below", the award "Knight of the Book" of Bulgarian Book Association and other prizes.