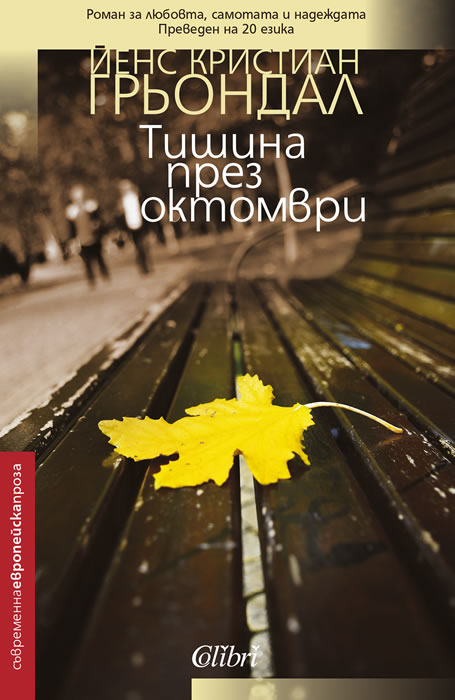 After eighteen years of marriage, an art historian wakes up one morning to find his wife standing in the bedroom doorway with her bags packed, leaving him with no explanation. Alone in his Copenhagen apartment, he tries to make sense of his enigmatic marriage and life. Memories of driving a cab, quiet walks in the snow, and intense sojourns in Paris and New York pass through his mind in fleeting images. The more he thinks of his wife, however, the more mysterious she becomes to him. Slowly he realizes that two people can live together for years without ever really knowing each other, and that the most important encounters in one's life are dictated by chance, not design.
Exploring with great subtlety the secret, unpredictable connections between men and women, Silence in October is a psychological novel of immense acuity and masterful storytelling.

Jens Christian Grøndahl is one of the most celebrated and widely read authors in Europe today. He has written plays, essays, and eleven novels. The publication of Silence in October marks Grøndahl's U.S. debut. His novel Lucca was awarded the prestigious Golden Laurels Prize in 1999. He lives in Copenhagen.