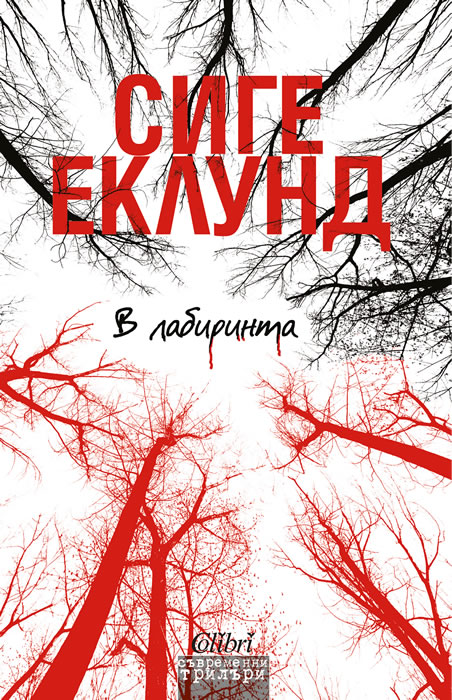 An eleven-year-old girl, Magda, has disappeared. Her mother Åsa works every clue, obsessively trying to solve the mystery. Is she concerned, or coldly delusional?

Fingers have been pointed at Magda’s father Martin, a well-known publisher. Is he responsible, or has he simply been neglectful in the face of his own obsessions?

Through these four voices the reader gains insight into dark obsessions, powerful secrets, and the labyrinthine nature of language itself. Each character’s actions has an effect on the others’, in incredibly surprising ways. This is a powerful psychological thriller that will get under your skin and haunt you well beyond its final, shocking conclusion.

Sigvard Viggo "Sigge" Eklund (born 21 April 1974) is a Swedish novelist, TV producer and screenwriter. His "Alex & Sigge's podcast" is the biggest in Sweden with over 500.000 listeners a week. He lives in Stockholm with his wife, two sons and daughter.

He has published five novels so far. His best known novel is Det är 1988 och har precis börjat snöa ("It's 1988 and it just began snowing"), an autobiographical story about growing up as the son of a famous father.

His latest novel Into the labyrinth has been sold to 16 countries, including France, Germany, China, Brazil and Japan.