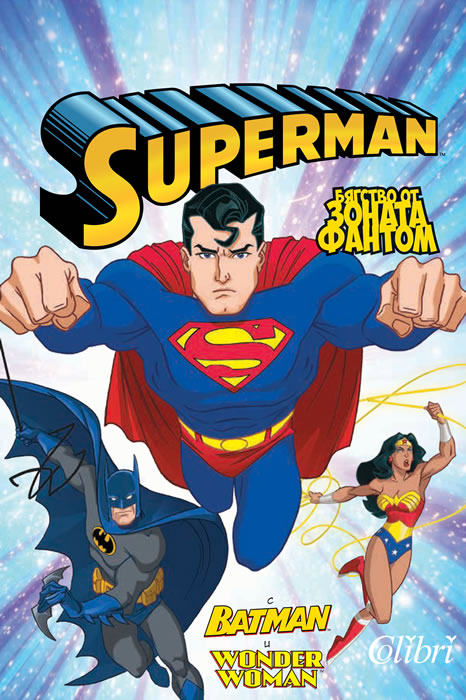 Escape from the Phantom Zone

General Zod and his followers have broken free from the Phantom Zone and are out for revenge. With Batman and Wonder Woman by his side, will Superman be able to stop these Kryptonian criminals before it's too late?

Superman is a fictional superhero appearing in American comic books published by DC Comics. He was created by writer Jerry Siegel and artist Joe Shuster and first appeared in Action Comics #1 (cover-dated June 1938) and subsequently appeared in various radio serials, newspaper strips, television programs, films, and video games. With this success, Superman helped to create the superhero genre and establish its primacy within the American comic book.

Superman's appearance is distinctive and iconic; he usually wears a blue costume, red cape, and stylized red-and-yellow "S" shield on his chest. This shield is used in a myriad of media to symbolize the character. The origin story of Supermanrelates that he was born Kal-El on the planet Krypton, before being rocketed to Earth as an infant by his scientist father Jor-El, moments before Krypton's destruction. Discovered and adopted by a Kansas farmer and his wife, the child is raised as Clark Kent and imbued with a strong moral compass. Very early on he started to display various superhuman abilities, which, upon reaching maturity, he resolved to use for the benefit of humanity through a secret "Superman" identity. Superman resides and operates in the fictional American city of Metropolis. As Clark Kent, he is a journalist for the Daily Planet, a Metropolis newspaper. Superman's love interest is generally Lois Lane, and his archenemy is supervillain Lex Luthor. He is typically a member of the Justice League and close ally of Batman and Wonder Woman. Like other characters in the DC Universe, several alternate versions of Superman have been produced.

My First Larousse Book of the Whys
Larousse