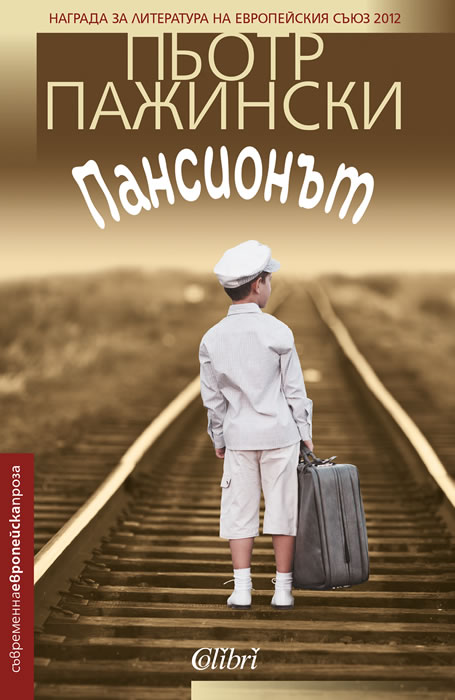 This book from a small publisher has gained considerable popularity and brought the author, Piotr Paziński, a prestigious prize from the magazine Polityka.

On the surface, the plot of Pensjonat is fairly straightforward, describing a day trip to a boarding house outside Warsaw by a young man. As a small boy, he often spent time there with his granny, and he now encounters several aged guests who remember him as a child. But it is no ordinary boarding house: the residents are Jews who survived the Holocaust, and so everything that occurs here is like a dream about the past, a summoning-up of ghosts, a resurrection of not just people but also events, debates and ideological arguments from long ago.

Thus the plot only appears to be simple, but in fact it is set on several time scales and is bursting with typically Jewish anecdotes and parables. The past meets the present in the book - the old people see the past as something so close as to be almost within reach, but their recollections are also distorted by their obsessions or gaps in memory. They are the last living witnesses to the pre-war world of the Polish Jews, and the author shows in what form the Jewish tradition exists in Poland today. The book has an atmosphere full of warmth and gentle irony. It paints sensually rich images, and at the same time shows the diversity of the Jewish heritage: on the one hand it is a dialogue between different fates, and on the other it is an endless dispute about the ultimate questions, about the existence or non-existence of God, and about the issues facing the Jews. This dispute permeates the everyday world in a comical way, but provides meaning even when it is going through drastic changes, and most of the people taking part in the argument are dying. At that point it is taken up by the survivors, who resurrect the dead as partners in the debate.

Piotr Paziński, born in 1973, is the author of three books: a monograph on James Joyce’s Ulysses, a subjective guide tracing the footsteps of Joyce's Dublin, and the novel Pensjonat, published in 2009 by the small Nisza Publishing House. For this novel, he received the Paszport Polityki, the cultural award of the Polish publication Polityka. Paziński lives in Warsaw, where he works as the chief editor of the Jewish magazine Midrash, and is working on a book of short stories.