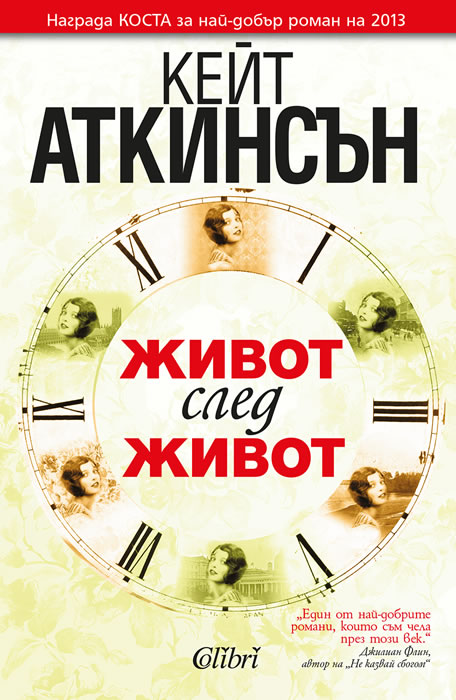 For as she grows, she also dies, repeatedly, in any number of ways. Clearly history (and Kate Atkinson) have plans for her: In Ursula rests nothing less than the fate of civilization.

Wildly inventive, darkly comic, startlingly poignant — this is Kate Atkinson at her absolute best, playing with time and history, telling a story that is breathtaking for both its audacity and its endless satisfactions.

She was born in York, and studied English Literature at the University of Dundee, gaining her Masters Degree in 1974. She subsequently studied for a doctorate in American Literature. She has often spoken publicly about the fact that she failed at the viva (oral examination) stage. After leaving university, she took on a variety of jobs from home help to legal secretary and teacher. She lived in Whitby, North Yorkshire, for a time, but now lives in Edinburgh.

Her first novel, Behind the Scenes at the Museum, won the 1995 Whitbread Book of the Year ahead of Salman Rushdie's The Moor's Last Sigh and Roy Jenkins's biography of William Ewart Gladstone. It went on to be a Sunday Times bestseller. Since then, she has published another five novels, one play, and one collection of short stories. Her work is often celebrated[by whom?] for its wit, wisdom and subtle characterisation, and the surprising twists and plot turns. Her most recent work has featured the popular former detective Jackson Brodie. She has frequently criticised the media's coverage of her work - when she won Whitbread, for example, it was the fact that she was a "single mother" who lived outside London that garnered the most attention.

In 2009, she donated the short story Lucky We Live Now to Oxfam's "Ox-Tales" project, four collections of UK stories written by 38 authors. Atkinson's story was published in the Earth collection.

In March 2010, Atkinson appeared at the York Literature Festival, giving a world-premier reading from an early chapter from her forthcoming novel Started Early, Took My Dog, which is set mainly in the English city of Leeds.

Atkinson was appointed Member of the Order of the British Empire (MBE) in the 2011 Birthday Honours for services to literature.