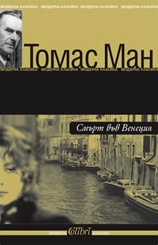 Novella by Thomas Mann, published in German as Der Tod in Venedig in 1912. A symbol-laden story of aestheticism and decadence, Mann's best-known novella exemplifies the author's regard for Sigmund Freud's writings on the unconscious. Gustav von Aschenbach is a revered author whose work is known for its discipline and formal perfection. At his Venetian hotel he encounters the strikingly handsome young teenager Tadzio. Aschenbach is disturbed by his attraction to the boy, and although he watches Tadzio, he dare not speak to him. Despite warnings of a cholera epidemic Aschenbach stays in Venice; he sacrifices his dignity and well-being to the immediate experience of beauty as embodied by Tadzio. After exchanging a significant look with the boy on the day of Tadzio's scheduled departure, Aschenbach dies of cholera. As in his other major works, Mann explores the role of the artist in society. The cerebral Aschenbach summons extraordinary discipline and endurance in his literary work, but his private desires overwhelm him. -- The Merriam-Webster Encyclopedia of Literature

Thomas Mann (6 June 1875 – 12 August 1955) was a German novelist, short story writer, social critic, philanthropist, essayist, and 1929 Nobel Prize laureate, known for his series of highly symbolic and ironic epic novels and novellas, noted for their insight into the psychology of the artist and the intellectual. His analysis and critique of the European and German soul used modernized German and Biblical stories, as well as the ideas of Goethe, Nietzsche, and Schopenhauer. His older brother was the radical writer Heinrich Mann, and three of his six children, Erika Mann, Klaus Mann and Golo Mann, also became important German writers. When Hitler was elected in 1933, the anti-fascist Mann fled to Switzerland. When World War II broke out in 1939, he emigrated to the United States, from where he returned to Switzerland in 1952. Thomas Mann is one of the most known exponents of the so-called Exilliteratur.