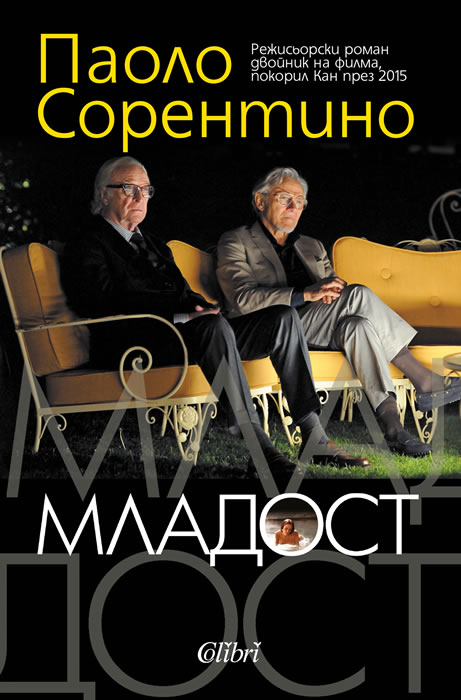 In a luxury spa hotel in the Swiss Alps, octogenarian friends Fred Ballinger and Mick Boyle look back on their eventful and successful lives as composer and film director, surrounded by a host of colorful and eccentric fellow guests, ranging from a South American soccer star to a famous Californian actor and a reigning Miss Universe. Ballinger is there simply to enjoy his retirement, while Boyle is working with five scriptwriters on his last film, which he hopes will be his masterpiece.

When Ballinger is invited by Buckingham Palace to conduct his most famous piece at Prince Philip's birthday celebration and accept a knighthood in return, he refuses, citing personal reasons. As for Mick Boyle, he eventually receives a visit from Brenda Morel, his signature actress, who comes all the way from California to give her opinion of this latest film in which she is to star. At the same time as these two men face these turning points, the marriage of Fred's daughter to Mick's son brings further complications.

Only by reconciling with their muses, and by coming to terms with old age and the weight of memory that comes with it, can the two friends move forward with what remains of their lives.

Paolo Sorrentino (born 31 May 1970) is an Italian film director and screenwriter. Sorrentino was born in Naples. His first film as screenwriter, The Dust of Naples, was released in 1998. He also began directing short movies, including L'amore non ha confini in 1998 and La notte lunga in 2001. His feature-length debut was One Man Up (L'uomo in più), for which he was awarded the Nastro D'Argento prize.

He achieved international recognition in 2004 for his thriller, The Consequences of Love (Le conseguenze dell'amore). The film, which explores the mindset of a lonely businessman being used as a pawn by the Mafia, won many awards and was nominated for the Palme D'Or at the 2004 Cannes Film Festival.

Sorrentino's following film, Il Divo, is a dramatised biopic of Giulio Andreotti, the controversial Italian politician. The feature, which won the Prix du Jury at Cannes Film Festival, sees Sorrentino reunited with The Consequences of Love star, Toni Servillo, who plays the part of Andreotti.

In 2009, Sorrentino wrote the screenplay for a film version of Niccolò Ammaniti's Ti prendo e ti porto via (Steal You Away).

This Must Be the Place marked the English-language feature debut of the Italian filmmaker. The plot centres around a middle-aged wealthy rock star, played by two-time Academy Award winner Sean Penn, who becomes bored in his retirement and takes on the quest of finding the guard of the German camp where his father was imprisoned, who now lives in hiding in the U.S.. The film was co-written by Sorrentino and Umberto Contarello, and premiered in competition at the 2011 Cannes Film Festival.

His 2013 film The Great Beauty won the Oscar for Best Foreign Language Film in the 2014 Academy Awards. It won BAFTA award for Best Film Not in the English Language in the 67th British Academy Film Awards. It also won the Golden Globe for Best Foreign Language Film and was nominated for the Palme d'Or at the 2013 Cannes Film Festival. The film also received several accolades at the 2013 European Film Awards, including "Best Film" and "Best Director" for Sorrentino.

Youth (2015) is Sorrentino's second English-language film, and features Michael Caine as a retired Orchestra conductor. It competed for the Palme d'Or at the 2015 Cannes Film Festival.