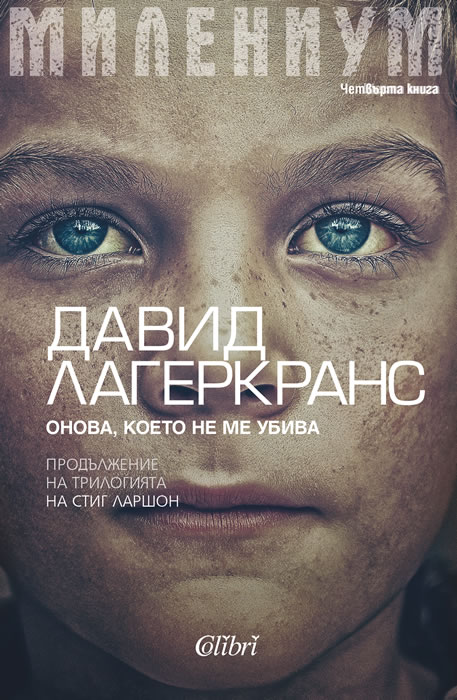 The Girl in the Spider's Web

Lisbeth Salander and Mikael Blomkvist return in the highly anticipated follow-up to Stieg Larsson's "The Girl Who Kicked the Hornet's Nest".

Late one night, Blomkvist receives a phone call from a source claiming to have information vital to the United States. The source has been in contact with a young female superhacker — a hacker resembling someone Blomkvist knows all too well. The implications are staggering.

Blomkvist, in desperate need of a scoop for Millennium, turns to Salander for help. She, as usual, has her own agenda. The secret they are both chasing is at the center of a tangled web of spies, cybercriminals, and governments around the world, and someone is prepared to kill to protect it...

The duo who captivated millions of readers in The Girl with the Dragon Tattoo, The Girl Who Played with Fire, and The Girl Who Kicked the Hornet's Nest join forces again in this adrenaline-charged, uniquely of-the-moment thriller.

David Lagercrantz is a longtime Swedish journalist, writer, author of crime thrillers and biographical novels. He was born on September 4th 1962 in Solna, Stockholm. He studied philosophy and religion at university and subsequently graduated from the Gothenburg school of journalism. After graduation he worked at the magazine of the car company “Volvo”. He later began working as a criminal reporter until 1993 and covered the largest criminal cases since the late 1980s and early 1990s in Sweden.

His first biographical book, dedicated to the Swedish adventurer and mountaineer Göran Kropp, was published in 1997. In 2001, his novel for the English mathematician Alan Turing, Stjärnfall, was a literary breakthrough. He achieved international fame with his biography of the Bosnian-Croatian footballer Zlatan Ibrahimović. In 2015, the Swedish publishing company Norstedts launched his novel The Girl in the Spider’s Web, the first sequel to the cult trilogy Millennium by Stieg Larsson. The result was a worldwide triumph – the book has been published in over 40 countries around the world, including Bulgaria, and then was adapted into a successful feature film. The continuation of the sequel was not late. One and a half months after the publication of The Girl Who Takes an Eye for an Eye (2017), the total sales exceeded 1 million copies. On August 22, 2019, the world premiere of Millennium 6, The Girl Who Lived Twice, the third and final book in the series, signed by Lagercrantz, was published in over 35 countries simultaneously.

Lagercrantz is a board member of Swedish PEN.