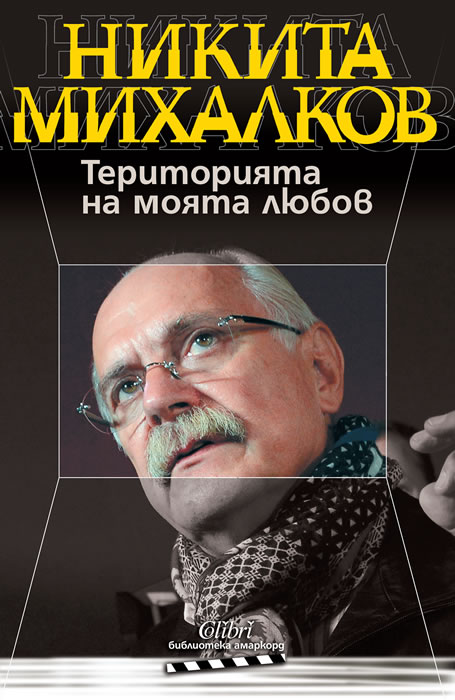 The Territory of My Love

"Cinema is my life" - says Nikita Mikhalkov in his book "The Territory of My Love". Written by the famous director, actor and producer, this book is a bright example of autobiographical prose. Here Mikhalkov's personal life and creative works are inextricably intertwined. Starting the story with his family tree (among his ancestors were boyars of Ivan the Terrible and the great Russian artists Vasily Surikov and Pyotr Konchalovsky), then Mikhalkov turns to the memories of his mother and his father, who authored the anthem of the USSR and the anthem of the new Russia.
After the extremely interesting story of the relationships with his older brother, the director Andrei Konchalovsky, Nikita Mikhalkov tells about his children - Anna, Nadia, Stepan and Artem. New and often unexpected twists of fate are revealed in this frank story about Mikhalkov's personal life. Profound thoughts alternate with the adventurous intrigue and his inimitable humor.
Categories
CelebritiesAutobiographiesAmarcord Series
About the Author

Nikita Mikhalkov is a famous Russian filmmaker - director, script-writer, actor and producer. He is president of the Russian Cultural Foundation and the Moscow International Film Festival.

Nikita's older brother is the filmmaker Andrei Konchalovsky, primarily known for his collaboration with Andrei Tarkovsky and his own Hollywood action films, such as Runaway Train and Tango & Cash.

Mikhalkov studied acting at the children's studio of the Moscow Art Theatre and later at the Shchukin School of the Vakhtangov Theatre. While still a student, he appeared in Georgi Daneliya's film I Step Through Moscow (1964) and his brother Andrei Konchalovsky's film Home of the Gentry (1969). He was soon on his way to becoming a star of the Soviet stage and cinema.

While continuing to pursue his acting career, he entered VGIK, the state film school in Moscow, where he studied directing under film maker Mikhail Romm, teacher to his brother and Andrei Tarkovsky. He directed his first short film in 1968, I'm Coming Home, and another for his graduation, A Quiet Day at the End of the War in 1970. Mikhalkov had appeared in more than 20 films, including his brother's Uncle Vanya (1972), before he co-wrote, directed and starred in his first feature, At Home Among Strangers in 1974, an Ostern set just after the 1920s civil war in Russia.

Mikhalkov established an international reputation with his second feature, A Slave of Love (1976). Mikhalkov's most famous production to date, Burnt by the Sun (1994), was steeped in the paranoid atmosphere of Joseph Stalin's Great Terror. The film received the Grand Prize at Cannes and the Academy Award for Best Foreign Language Film, among many other honours. To date, Burnt by the Sun remains the highest grossing film to come out of the former Soviet Union.