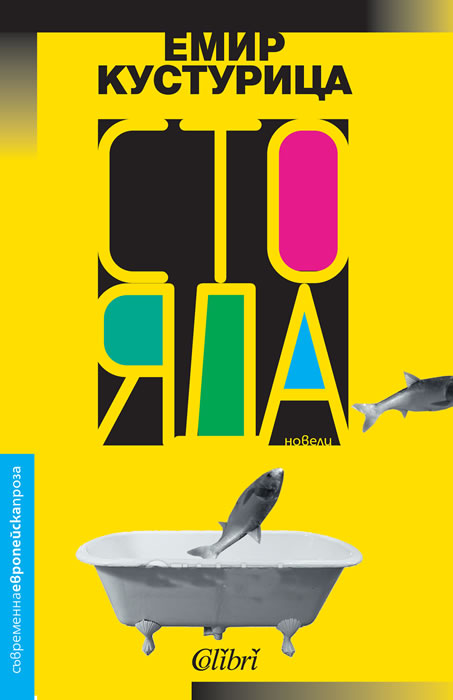 In this collection of six novels - "Hundred of Troubles", Emir Kusturica seems to revive through his words the magical atmosphere of the famous movies "Do You Remember Dolly Bell", "Father on a Business Trip", "Black Cat, White Cat". The texture of life - recurrent episodes of childhood, marked by warmness, but also with pain, the coloring of Sarajevo at the time of socialist Yugoslavia - they were intertwined with awkward situations and bizarre images. "Hundred of Troubles" is a metaphor for one's growth, reflection of the clash with the cruel world of adults, for the moment of maturation, when unexpectedly a child's world turns into memory.

Emir Nemanja Kusturica was born on 24 November 1954 in Sarajevo, main town of current Bosnia and Herzegovina. He is a Serbian filmmaker, actor and musician, recognized for several internationally acclaimed feature films. Even though Bosnian Muslim, his family has Slavic orthodox roots.

Kusturica is a two-time winner of the Palme d’Or at Cannes (for “When Father Was Away on Business” and “Underground”), as well as being a Commander of the French Ordre des Arts et des Lettres (Order of Arts and Letters). His American debut is the popular absurdist comedy “Arizona Dream”(1993). In 1998, he won the Venice Film Festival's Silver Lion for Best Direction for “Black Cat, White Cat” a farcical comedy set in a Romany settlement on the banks of the Danube.

Since the mid-2000s, Kusturica's primary residence is Drvengrad, a village in the Mokra Gora region of Serbia. He had portions of the historic village reconstructed for his film “Life is a Miracle”.