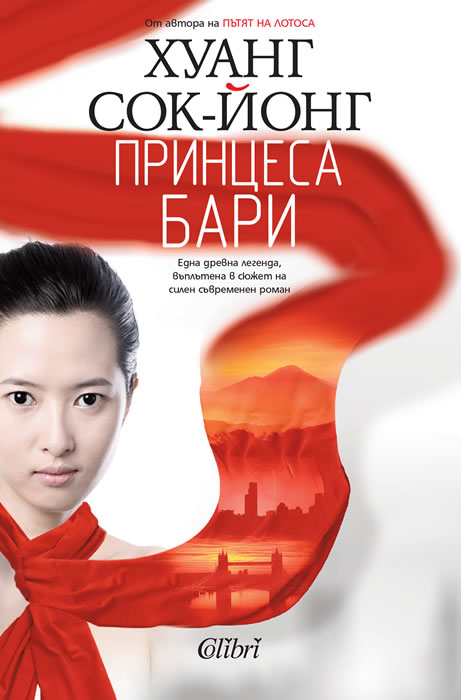 In a drab North Korean city, a seventh daughter is born to a couple longing for a son. Abandoned hours after her birth, she is eventually rescued by her grandmother. The old woman names the child Bari, after a legend telling of a forsaken princess who undertakes a quest for an elixir that will bring peace to the souls of the dead. As a young woman, frail, brave Bari escapes North Korea and takes refuge in China before embarking on a journey across the ocean in the hold of a cargo ship, seeking a better life. She lands in London, where she finds work as a masseuse. Paid to soothe her clients' aching bodies, she discovers that she can ease their more subtle agonies as well, having inherited her beloved grandmother's uncanny ability to read the pain and fears of others. Bari makes her home amongst other immigrants living clandestinely. She finds love in unlikely places, but also suffers a series of misfortunes that push her to the limits of sanity. Yet she has come too far to give in to despair - Princess Bari is a captivating novel that leavens the grey reality of cities and slums with the splendour of fable. Hwang Sok-yong has transfigured an age-old legend and made it vividly relevant to our own times.

Hwang Sok-yong (born January 4, 1943) is a South Korean novelist known as a longtime dissident against the South Korean government. His first novel The Chronicle of a Man Named Han, the story of a family separated by the Korean War, was published in 1970. The novel is still topical today after Kim Dae-jung’s visit to North Korea and meeting with Kim Jong-il led to reunion programes for separated families, and talk of reunification. The Chronicle of a Man Named Han was translated into French by Zulma in 2002.
Hwang Sok-yong published a collection of stories, The Road to Sampo in 1974, and became a household name with his epic, Chang Kil-san (also spelled Jan Gilsan), which was serialized in a daily newspaper over a period of ten years (1974–84). Using the parable of a bandit from olden times (“parables are the only way to foil the censors”) to describe the contemporary dictatorship, Chang Kil-san was a huge success in North as well as South Korea. It sold an estimated million copies, and remains a bestseller in Korea fiction today.
Hwang Sok-yong also wrote for the theatre, and several members of a company were killed while performing one of his plays during the 1980 Kwangju uprising. During this time Hwang Sok-yong went from being a politically committed writer revered by students and intellectuals, to participating directly in the struggle.