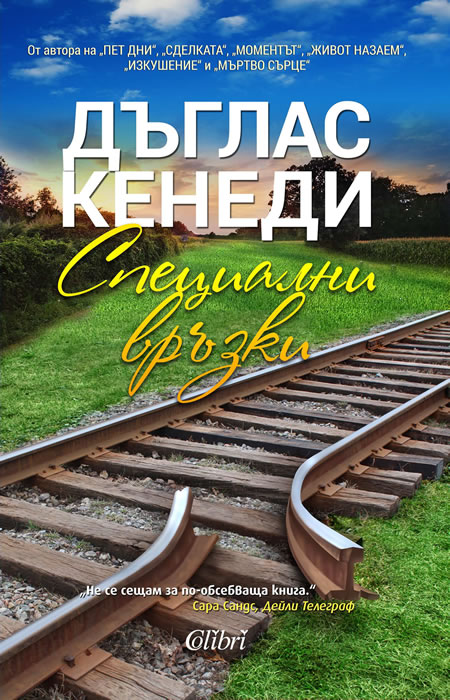 Sally Goodchild is everything you'd expect of a thirty-seven year old American journalist - independent, strong-willed and ambitious. That is until she meets Tony Hobbs, an English foreign correspondent, on assignment in Cairo. After a passionate but uneasy romance, Sally's life is turned upside down when she unexpectedly finds herself married, pregnant and living in London.

Married life in a foreign place is a far bigger adjustment than Sally and Tony could ever have imagined - and as their lives shift from freedom and adventure to responsibility and hard work, everyday problems soon spiral into nightmares. After the birth of their son, Sally finds herself trapped in a downward spiral of postnatal depression over which she has little control, whilst Tony's life returns to relative normality. Filled with resentment and unable to cope with the cards life has dealt her, Sally is shocked when the man she trusted above all others turns against her. As her world begins to fall down around her, Sally quickly realises she must fight before she loses everything.

In this authentic and compelling novel, Kennedy explores the misunderstandings that can occur when two people speak the same language but miss all the vital signs.

Douglas Kennedy was born in Manhattan in 1955. His father was a commodities broker and his mother worked at NBC. In 1977, he returned to Dublin and started a co-operative theatre company with a friend. Thus he was hired to run the Abbey Theatre's second house, The Peacock. At the age of 28, he resigned from The Peacock to write full time. After several radio plays for the BBC and one stage play - "Send Lawyers", "Guns and Money", premiered at the Peacock in 1986 - he decided to switch direction and wrote a narrative travel book, "Beyond the Pyramids".

This appeared in 1988, the same year that he and his ex-wife moved to London. Two more non-fiction titles and a novel, "The Dead Heart", followed. “The Dead Heart” (1994) attracted just about everybody’s attention with its unapologetic language, its shrewd allegoric portrayal of a totalitarian society and his sardonic, yet comprehensive, attitude towards the shortcomings of our devoid of meaning contemporary existence. Yet, it wasn’t until 3 years later that Kennedy came to international acclaim with his second novel “The Big Picture” – a stunning account of happiness’ price.

His subsequent novels include "The Pursuit of Happiness", "A Special Relationship", "State of the Union". "The Woman in the Fifth" and "Leaving the World". His work has been translated into twenty-one languages. In April 2007, he was awarded the French decoration, the Chevalier de l'Ordre des Arts et des Lettres. In November 2009 he received the first "Grand Prix du Figaro", awarded by the newspaper "Le Figaro". He has two children, Max and Amelia. He divides his time between London, Paris, Berlin and Maine.