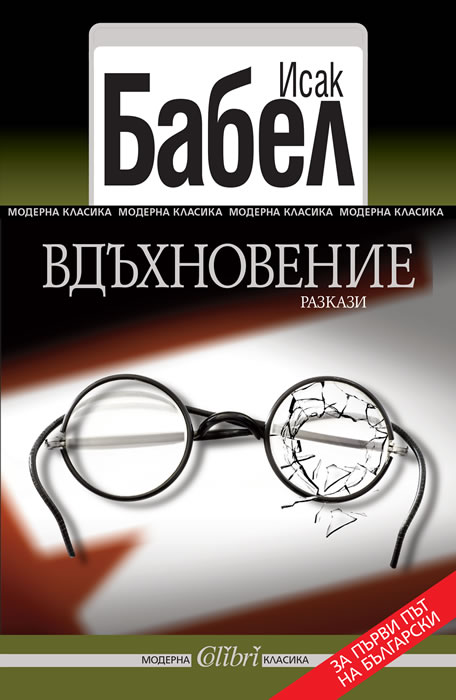 The collection of stories "Inspiration" contains rarely issued Babel's stories, most of which had never been published in Bulgarian so far. Isaac Babel was born in Odessa in 1894, and grew up in the traditional atmosphere of a lower middle-class Jewish family. At the age of twenty-one he went to St. Petersburg, where he lived as a hungry bohemian, dodging the Czarist police because he lacked the residence certificate required of Jews. Gorky was the first to encourage Babel by printing two of his stories in the magazine LETOPIS. During the revolution and civil war, Babel held a series of minor posts, fought with the cavalry, and then later operated a printing press in Odessa. In 1923 he returned to literature with a number of short stories printed in periodicals. Their instant success encouraged him to publish two volumes of stories: TALES OF ODESSA and RED CALVARY, and other stories, scenarios, and plays followed.

Isaak Emmanuilovich Babel (1901 - 1940) was a Russian language journalist, playwright, literary translator, and short story writer. He is best known as the author of Red Cavalry, Story of My Dovecote, and Tales of Odessa, all of which are considered masterpieces of Russian literature. Babel has also been acclaimed as "the greatest prose writer of Russian Jewry." Loyal to, but not uncritical of, the Communist Party of the Soviet Union, Isaak Babel fell victim to Joseph Stalin's Great Purge due to his longterm affair with the wife of NKVD chief Nikolai Yezhov. Babel was arrested by the NKVD at Peredelkino on the night of May 15, 1939. After "confessing", under torture, to being a Trotskyist terrorist and foreign spy, Babel was shot on January 27, 1940. The arrest and execution of Isaak Babel has been labeled a catastrophe for world literature.