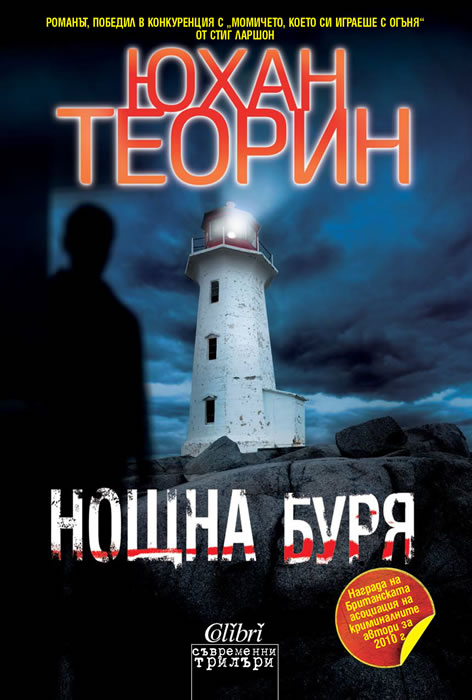 The dead are our neighbours everywhere on the island, and you have to get used to it.

It is bitter mid-winter on the Swedish island of Oland, and Katrine and Joakim Westin have moved with their children to the boarded-up manor house at Eel Point. But their remote idyll is soon shattered when Katrine is found drowned off the rocks nearby. As Joakim struggles to keep his sanity in the wake of the tragedy, the old house begins to exert a strange hold over him.

Joakim has never been in the least superstitious, but from where are those whispering noises coming? To whom does his daughter call out in the night? And why is the barn door for ever ajar?

As the end of the year approaches, and the infamous winter storm moves in across Oland, Joakim begins to fear that the most spine-chilling story he's heard about Eel Point might indeed be true: that every Christmas the dead return...

Johan Theorin is a journalist and author, born in 1963 in Gothenburg, Sweden. Throughout his life, Johan Theorin has been a regular visitor to the island of Öland in the Baltic sea. His mother’s family–sailors, fishermen and farmers–have lived there for centuries, nurturing the island’s legacy of strange tales and folklore.
"Echoes from the Dead" (originally published in Sweden as Skumtimmen by "Wahlström & Widstrand") is Theorin’s first novel. In 2007 it was voted Best First Mystery Novel by the authors and critics of the Swedish Crime Writers' Academy, it has been translated into twenty five languages and was made into a Swedish feature film in 2013. His second novel, "The Darkest Room", (in Swedish Nattfåk) was voted the Best Swedish Crime Novel of 2008, won the Glass Key award in 2009 and was also awarded the 2010 CWA International Dagger."The Quarry", was published by Transworld Publishers in 2011. The books form three quarters of a loose quartet of novels set on the island of Öland. A stand alone suspense novel, "The Asylum", was published in 2013.
More Books from this Author
Related Books

What I'd Rather not Think About
Jente Posthuma