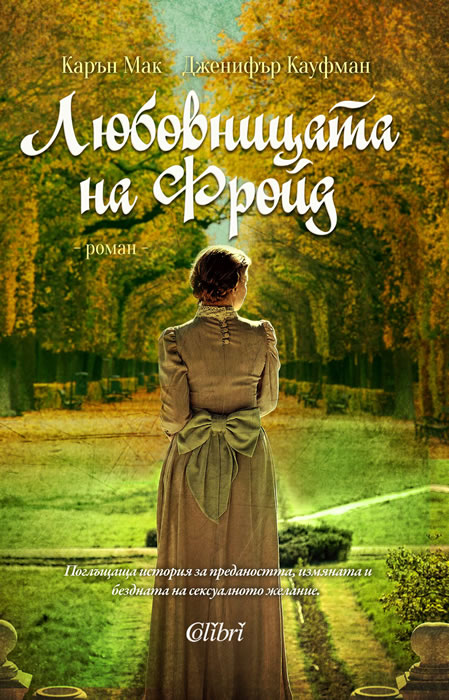 Minna Bernays is an overeducated woman with limited options. Fired yet again for speaking her mind, she finds herself out on the street and out of options. In 1895 Vienna, even though the city is aswirl with avant-garde artists and writers and revolutionary are still very few options for women besides marriage. And settling is not something Minna has ever done.

Out of desperation, Minna turns to her older sister, Martha, for help. But Martha has her own problems — six young children, a host of physical ailments, a household run with military precision, and an absent, overworked, disinterested husband who happens to be Sigmund Freud. Freud is a struggling professor, all but shunned by his peers and under attack for his theories, most of which center around sexual impulses, urges, and perversions. While Martha is shocked and repulsed by her husband’s "pornographic" work, Minna is fascinated.

Minna is everything Martha is not - intellectually curious, an avid reader, stunning. But while she and Freud embark on what is at first simply an intellectual courtship, something deeper is brewing beneath the surface, something Minna cannot escape.

Karen Mack, a former attorney, is a Golden Globe Award-winning film and television producer. She has co-authored three books with Jennifer Kaufman: most recently, Freud's Mistress, which received four stars from People and was on USA Today, Vanity Fair, and Marie Claire's best summer reading list for 2013; Literacy and Longing in L.A., which reached #1 on the Los Angeles Times Bestseller List and won the Best Fiction Award from the Southern California Independent Booksellers Association; and the Los Angeles Times bestselling novel, A Version of the Truth. Karen lives in Los Angeles with her family.