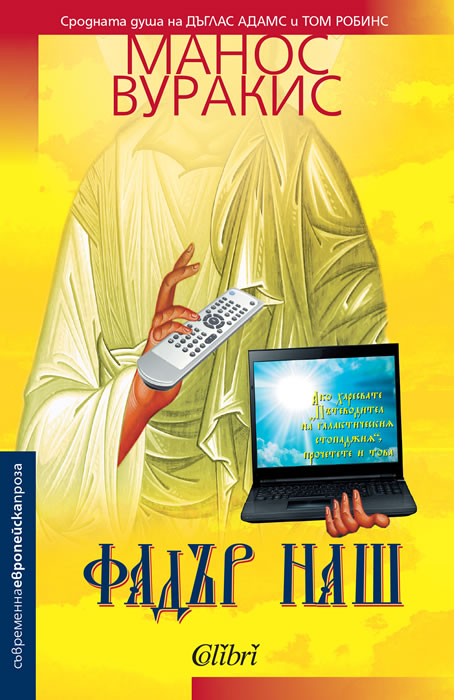 God thinks Christ - Jesus Christ, affectionately named Chris, is not stylistically suitable for carrying out the Second Coming, so he entrusts this mission to his second-born son Jesus Crist Jr., affectionately named Jess, who is a modern God-man with all the characteristics needed in order to have a great career as Savior.

Jess was more beautiful than Beckham, smarter than Bill Gates and more pushy than Eminem. He was more reactionary than Spike Lee, braver than Isaac Miyake and his voice was better than Marinella’s. He played polo better than Prince Charles, played the trumpet with deeper feeling than Miles Davis, and his determination could only be compared with Stallone’s in "Rambo 2".

Father commanded him to come down to Earth and solve the intricate communication problems among people, to free them from television and hanging about Internet so that he could inculcate a modernized lifestyle religion. For this purpose, Jess calls together twelve gorgeous women apostles and starts traveling round the world preaching the great truths of the virtual piety and religious management.

Will Jess manage to realize his pious intentions, or we have to wait for the Third Coming?

In any case, we already expect the next novel by Manos Vurakis.