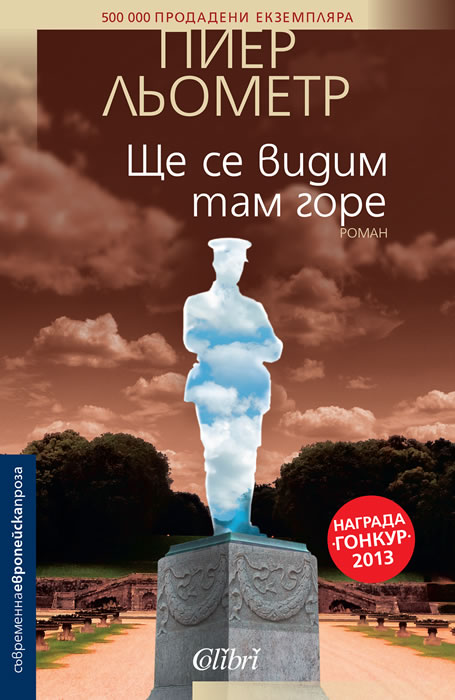 "Goodbye Up There" follows two men who realize that France “has no use for them” after World War I, and decide to exact vengeance on their homeland and contrive an immoral scam that will throw the whole country into turmoil. Albert and Edouard represent France's lost generation in the years following World War I.

The story starts in the last week of World War I, when all parties are awaiting the armistice. However, Lieutenant d’Aulnay-Pradelle wants his last chance at glory and promotion. He sends two men out on patrol and then kills them, pretending that it was the Germans that did it. His men are now eager to attack. During the attack Albert Maillard is buried under soil but is rescued by the badly injured Édouard Périgord. Maillard looks after Périgord, helping him change his identity, as he does not want to see his family again, and caring for him.

French author Pierre Lemaitre had a good year in 2013. His novel about the aftermath of World War I, "Au Revoir La-haut" (Goodbye Up There), won the most prestigious annual French literary award, the Prix Goncourt, while his second crime novel, "Alex", shared a British Crime Writers' Association Dagger award for international crime fiction with a fellow French writer, Fred Vargas.

Pierre Lemaitre was born in Paris in 1956. He worked for many years as a teacher of literature and now devotes his time to writing novels and screenplays. In November 2013, he was awarded the Prix Goncourt, France's top literary prize, for Au revoir là-haut, an epic about World War I.