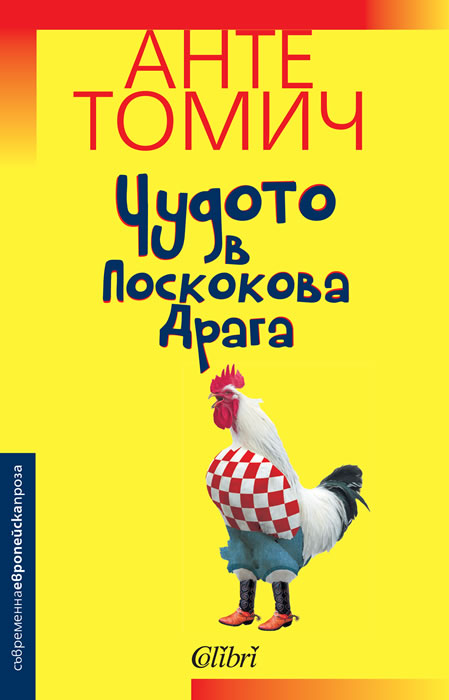 The story is centered on the family of an old man living in the Dalmatian mountains, who refuses to accept the modern civilization despite his four sons' attempts to change his mind. Kidnapping, police chase, painful hiding and spectacular escape, violent conflicts and unexpected acts of kindness are intertwined in an artful blend of romantic comedy and "Dalmatian western", with elements of vaudeville, thriller and road novel. Endlessly witty and well written, this novel grabs the reader's attention and keeps it alive until the last line.

Ante Tomić (born April 22, 1970 in Split, SR Croatia, then SFR Yugoslavia) is a Croatian writer and journalist. Philosopher and sociologist by education, and humorist by vocation.

A native of a village Glavina Donja near Imotski, Tomić graduated in philosophy and sociology at the University of Zadar. He began to write as a reporter for the local daily newspaper Slobodna Dalmacija. His articles showed great literary talent that would manifest in his 2000 debut novel Što je muškarac bez brkova. Three years later he wrote the novel Ništa nas ne smije iznenaditi, in order to describe the life of recruits in Yugoslav People's Army. Both novels are adapted to screen.

In 2004 he travelled across the USA in order to cover presidential campaign by talking to "ordinary" people.

Čudo u Poskokovoj Dragi (2009) is the most complex and impressing novel of him.